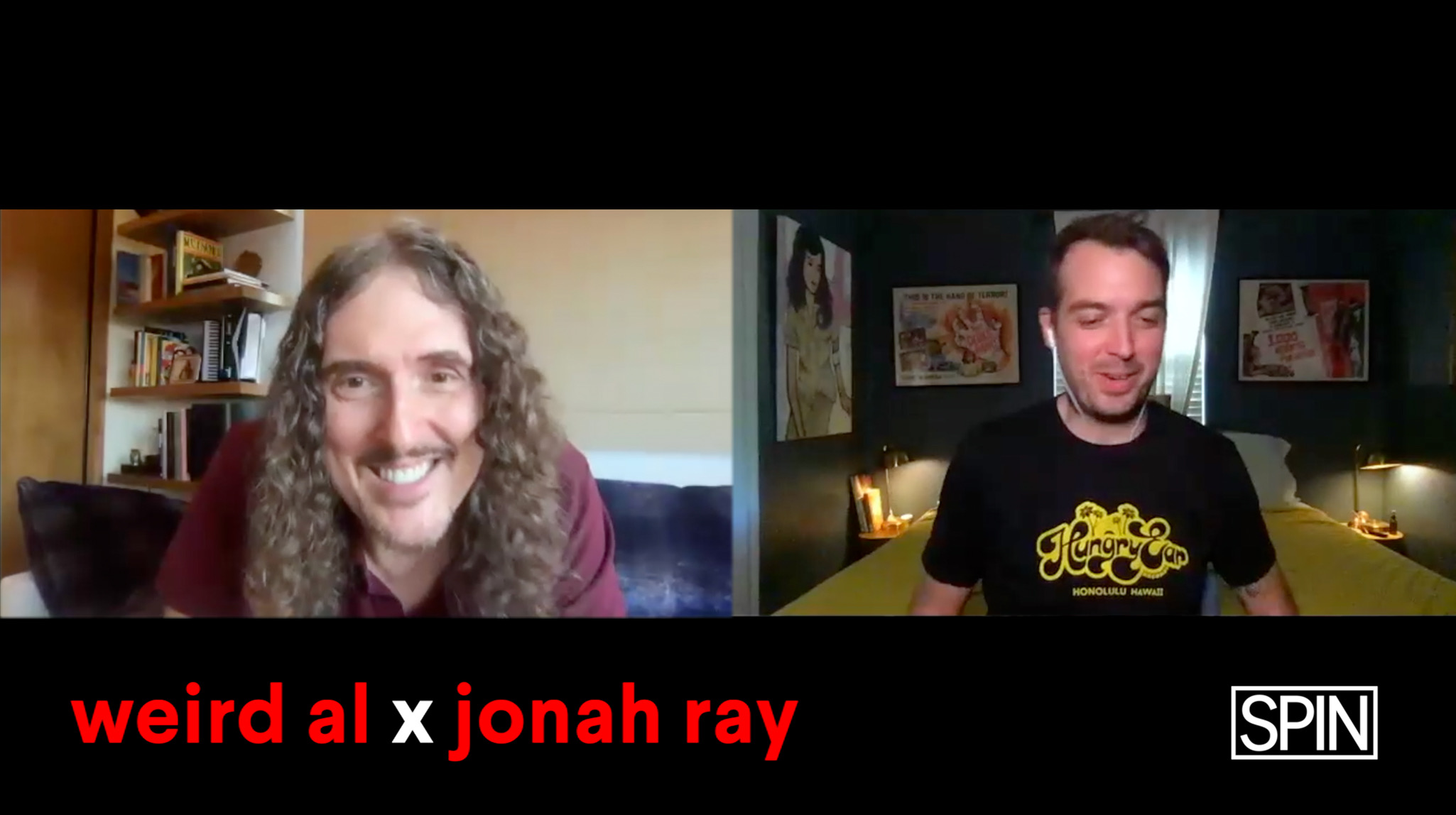 Artist x Artist. So simple, but so telling. When you put two creative minds together for a conversation, it can go literally in every direction. This happens on-stage during a show, it happens backstage, it happens at parties and it happens during great hangs.

SPIN’s new series aims to capture the essence of what makes artists tick. Here, we’re going to connect old friends, people who have never met before or those who loosely know of each other’s existence for an unfiltered conversation that is intended to the proverbial fly-on-the-wall as this conversation takes place.

We don’t know where it will go or have a set agenda. The goal is to capture the true essence of these behind-the-scenes conversations.

We’re excited to launch the series with comedian/musician/SPIN contributor Jonah Ray speaking with his longtime pal and influence (and one of the first people who SPIN wrote about in 1985), “Weird Al” Yankovic.

Sit back and enjoy the two as they yammer in this wide-ranging conversation.

Jonah Ray: To All the Bands I’ve Had Before….