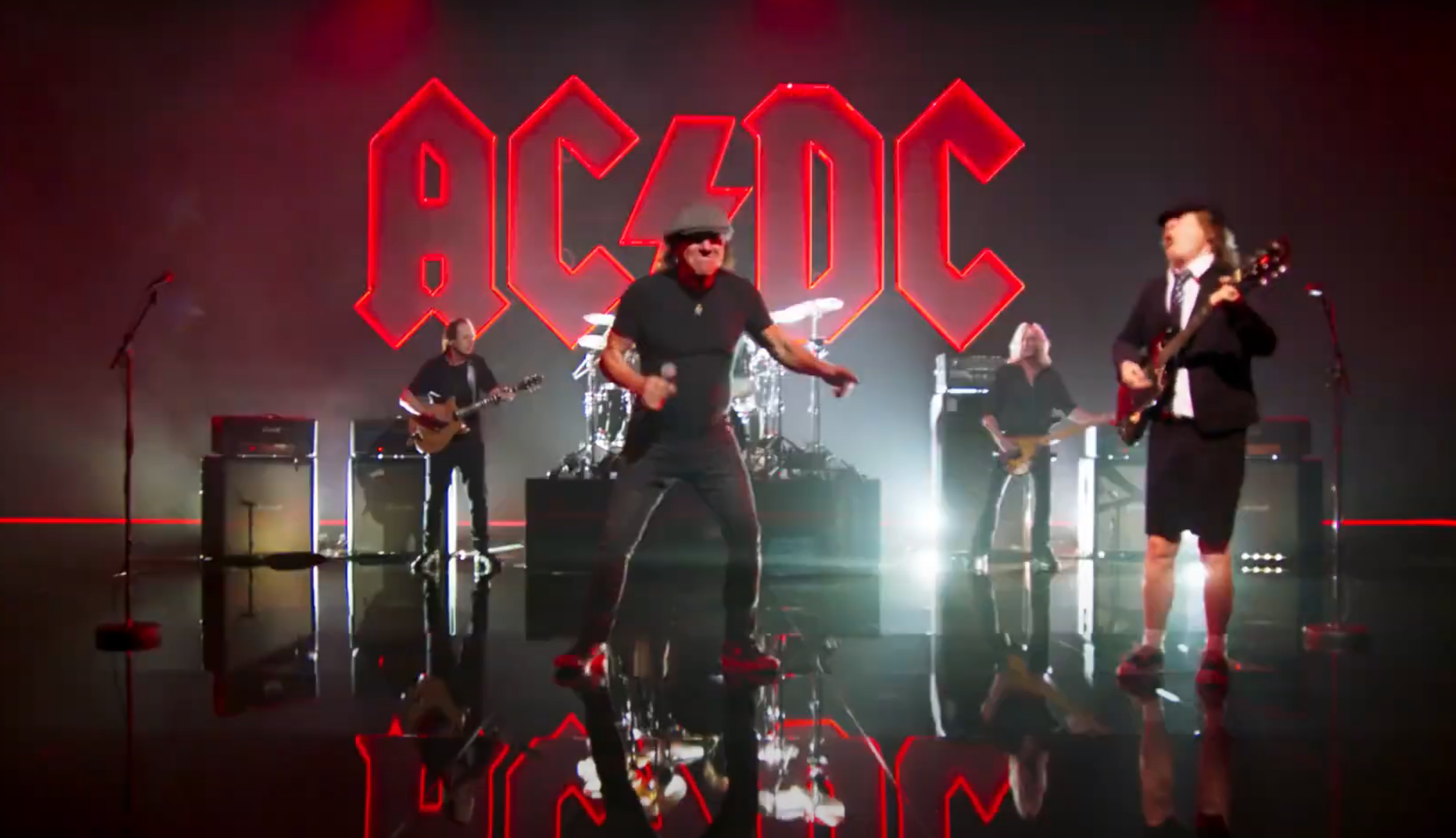 Earlier this month, AC/DC officially returned with the announcement of a new album, Power Up, and the release of its lead single “Shot in the Dark.” Today, the band shared its highly-teased music video.

Featuring a red background, the clip for the rollicking rocker sees the band performing live and was directed by longtime collaborator David Mallet.

Power Up welcomes Brian Johnson, Phil Rudd and Cliff Williams back into the lineup with guitarist Angus Young’s nephew Stevie Young replacing his late uncle Malcolm Young. The album is slated for a Nov. 13 release and is available in multiple formats including a deluxe edition that comes in a light-up box with built-in speakers that play a portion of “Shot In The Dark,” as well as a 20-page booklet, exclusive photos and a USB charging cable that allows the box to remain powered up and on display.

AC/DC Share Teaser of New Song ‘Shot in the Dark’