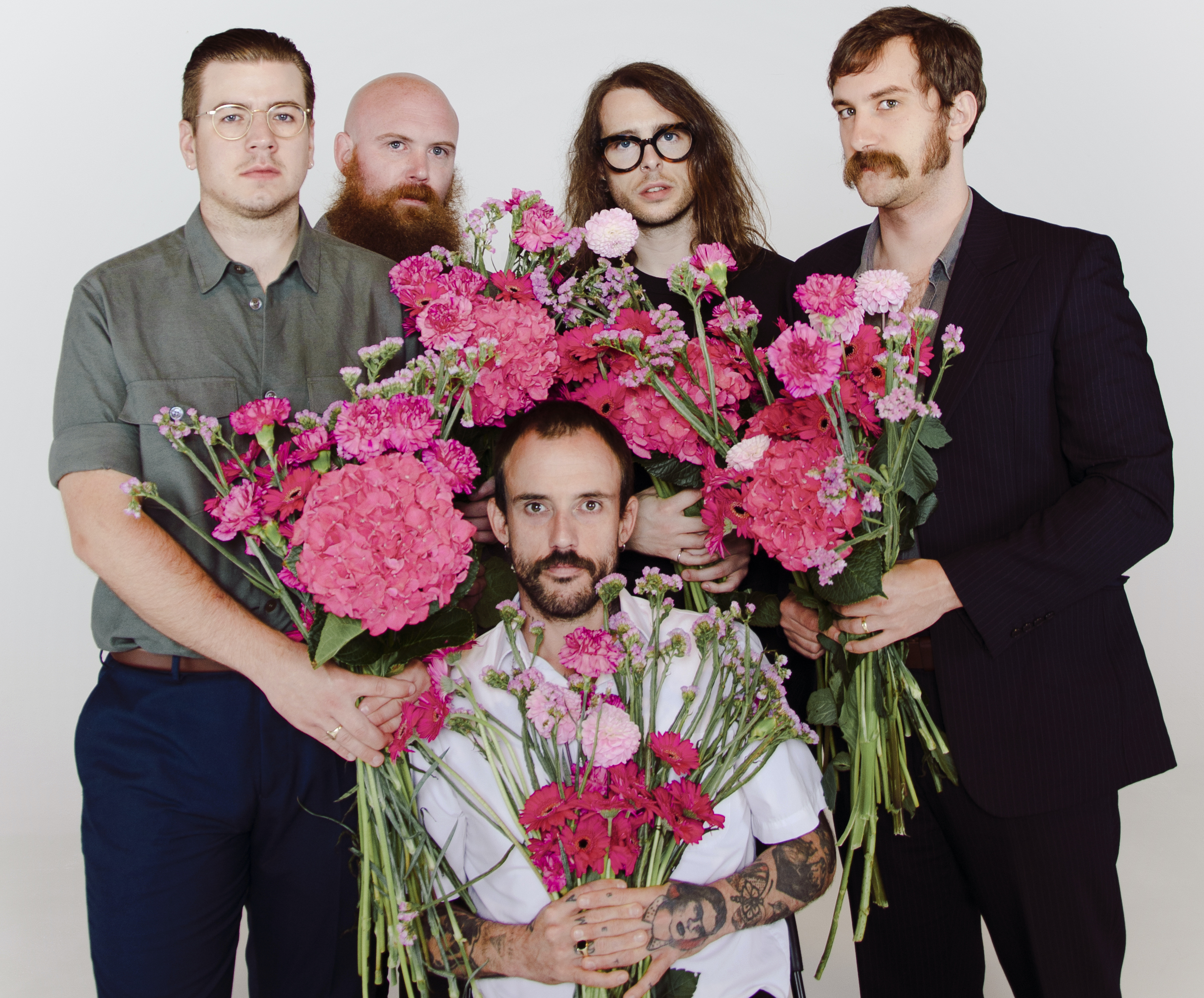 Over 10,000 fans bought a ticket for the three virtual sets IDLES dove into at Abbey Road Studios – the same weekend they were billed to showcase at the Reading and Leeds festivals. Unsure of what a livestreamed production would bring, the band simply treated it as they would any other performance: frenzied, loud, and imperfectly perfect. 10,000 sets of eyes watched through the glow of whatever screen they were peering into. Somehow IDLES delivered in these unideal conditions, with their fans happy to escape a quarantine-fueled fog — if only for a moment.

“I didn’t miss the heckling, that’s for sure,” frontman Joe Talbot said with an unassuming chuckle following the Abbey Road Sessions, where they showcased tunes off of their impending Ultra Mono album (out on Sept. 25). And while the band stood alone (or were sprawled out on the parquet floor, as it were), you couldn’t help but get washed up in the surrounding history that looms thick in the air within the hallowed walls of Studio Two.

It’s a strange new world of live music. For IDLES, the opportunity to play at a historic venue without an audience felt strange, but they utilized the show to tap into the “desolation” of our current moment.

“We wanted to have a very transparent, vulnerable show that exemplified what’s going on,” Talbot said. “It wasn’t supposed to be perfect. If you want perfection, there’s a million bands out there that could’ve done it better than us, but what we give is a very human element of fallibility … That’s a part of our ethos – to allow ourselves to truly accept who we are in the moment, which is fallible. And you know what? That’s fucking beautiful.”

Though Talbot sounds off on a certain discomfort surrounding parts of those sessions, the band’s confidence — coming into their own as a musical force — is more noticeable. There’s a lot of charm intertwined within their cathartic chaos. Talbot ducks, weaves and maneuvers himself around the stage like a champion middleweight boxer – ready for the rounds ahead, determined to put doubters on the mat.

Since their inception some 11 years ago, IDLES have been bludgeoning listeners with their post-punk destruction while communicating themes of empathy, love and respect. They’re aware of the juxtaposition, and they’re not changing it any time soon.

“Yeah, there’s a violence to our brushstroke, do you know what I mean? There’s a violence to our cadence,” he said. “It’s a real fucking battle out there – to ignore all the voices that are telling you you’re ugly, you’re old, you’re stupid, you’re poor … Buy this if you want to be accepted … We want to be the voice of love, of self-care, of empathy and compassion. But to do that, you gotta come out swinging because, you know, the cunts are winning, basically.”

Those violent brushstrokes are certainly evident on Ultra Mono, as is a band looking to further refine their sound, finding maximum power without distorted distraction or filler. Less noise, more volume.

“More volume, more impact. It’s a very different practice, a different philosophy, and, a much better outcome,” he said. “It’s the difference between light and dark. When you give space to a record, you impact the actual size of it. You can feel it. You can hear it. It’s easy to have an impact live. You just line up nine amplifiers, max them out, and let them smash everyone in the face. [laughs] I think Ultra Mono sounds more like us than the other two records, and, if we’re being honest here, I’m really fucking in love with it.”

The album is dark but full of love, offering much light in these otherwise depressing times. And that uplift was the ultimate goal.

“The whole premise was to let people know that they’re not alone in their self-doubt, but also, to wrap them up in self-belief,” Talbot said. “To have a sense of empathy with one’s self which can yield a confidence and self-assuredness enabling the ability to listen to others. And that’s important – the idea of listening and really hearing what others are saying. The freedom of speech is practiced by listening, not talking – and that’s where I want to get to. Where people can use empathy to kill fascism. We need to focus on that. This isn’t politics – it’s philosophy.”