When All Them Witches drummer Robby Staebler converted the former Nashville church he called home into a studio, it seemed like the perfect starting point for the psych-rock trio’s sixth LP. Now they had all the time in the world to record. But after the passing of two full seasons, they’d managed to muster just one track, “1X1,” hastily released before a European winter tour. So they went scrambling back to the drawing board.

“We were supposed to be done with the record before November of last year, and we had tons of time, tons of gear, tons of toys,” recalls guitarist Ben McLeod. “But it was like, all of that was actually distracting us from making a record. We were constantly moving mics around, and we all had different ideas on how we wanted to do the record.”

So the group made three crucial decisions: 1) write new material as fast as they could; 2) rehire engineer Mikey Allred, who had given 2015’s Dying Surfer Meets His Maker the dark vibe they all loved; and 3) shoot for the moon when booking a studio for the sessions. They wound up scoring No. 1 on their wish list: Abbey Road, where in March — after two months of writing — they briskly tracked what became their sixth set, Nothing as the Ideal.

“Which surprisingly was actually as easy as calling them up and seeing what they have available, and then having the money to afford it — it was insane!” says McLeod, still stunned over their good fortune. 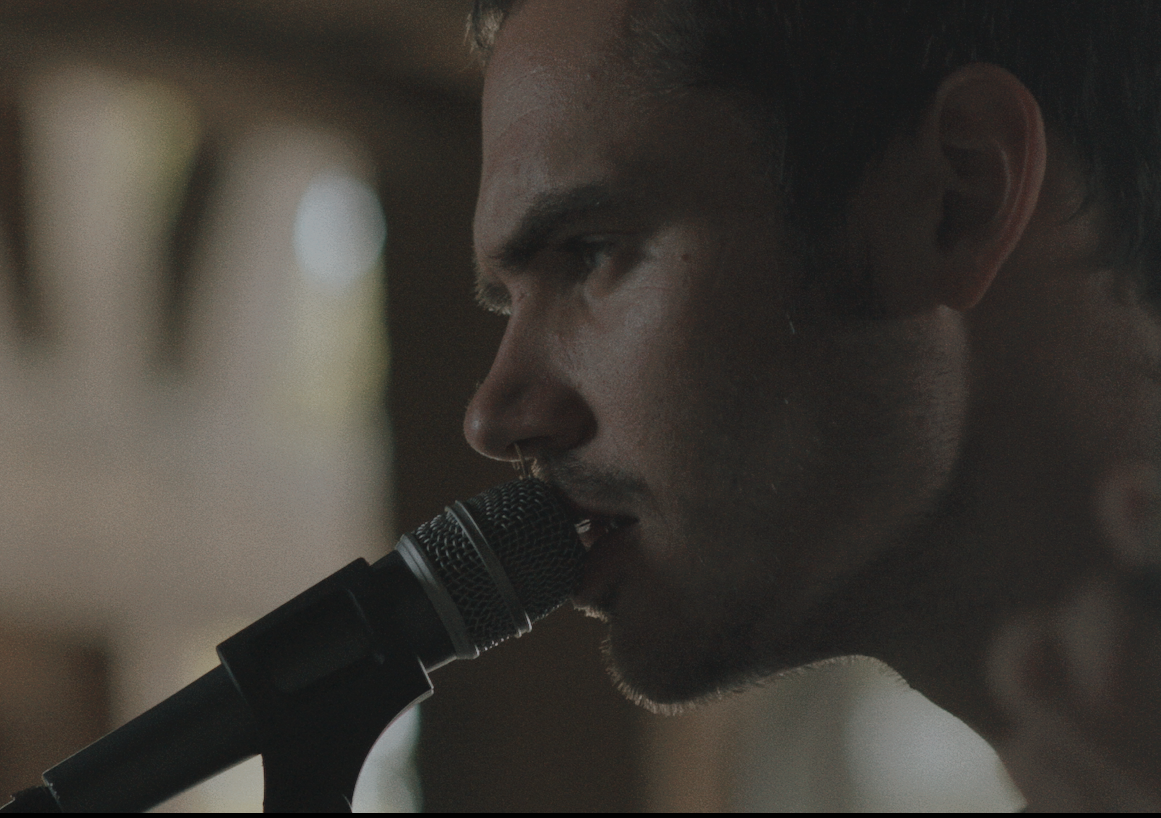 Home Again: All Them Witches “Go and Seek” the Heartbeat of Jack Daniel’s

But forget the romantic vision of that legendary Fab Four album cover. “As soon as we walked in, all of that touristy stuff is just gone,” McLeod continues. “It is a funky, vintage, dirty studio, just bad-ass and super-awesome. The staff there was such a joy to work with, and the room we were in was Studio Two, which was the Beatles’ room.”

The space, with its vast arsenal of rare, vintage equipment, perfectly complemented All Them Witches’ grimy psychedelia. “They have all these old pre-amps and compressors, and we used as much of that stuff as we could,” the guitarist says. “But there were moments where you’d forget — you’d be setting up some microphones, and their engineer would remind you what they were: Neumanns, the main vocal mic for John Lennon and Paul McCartney! Then you’d look at what you’re holding and go, ‘Oh yeah — that’s right! We’re at Abbey Road!’”

Only one Nothing number was completed back home in America: the lumbering miasma “See You Next Fall,” whittled down and pieced together into a song from a 45-minute jam session. The album’s other highlights include the swirling prog of “Saturnine & Iron Jaw,” the grinding growler “Lights Out” and the creepy latter-day Romulus and Remus psych-rock fable “The Children of Coyote Woman.”

Lyrics are cryptic and visceral: “When the going looks like returning / The road is mighty dark”; ”Keep my soul possession”; “Happiness eats away at the mind today.” What do they mean? McLeod isn’t sure. “[Singer-bassist Charles Michael Parks Jr.] writes them, and he’s very secretive about that stuff,” he says. “And nine times out of 10, he won’t tell us what he’s singing about.”

Toward the end of recording, the band invited all their London-based pals down for the quietly cacophonous coda “Rats in Run.” “And we told them to go downstairs and make as much as much noise as possible and just touch things, and we recorded everyone on the room mics, and then we switched it all in reverse and made it all sound weird,” says McLeod.

When leaving Abbey Road, did All Them Witches exit through the gift shop? McLeod laughs. “Like, ‘Thanks for recording here! Now buy some Abbey Road stuff and get out?’ ’Yeah, they do have a gift store, but it’s detached from the actual studio,” he says. “I think Robby and Mikey bought some Abbey Road coffee mugs, but I didn’t get anything. But I have all the videos and photos in the world of me there with my guitars — that’s my swag!”