Tune is lead single off their upcoming album, 'Getting Into Knives,' set to drop in October 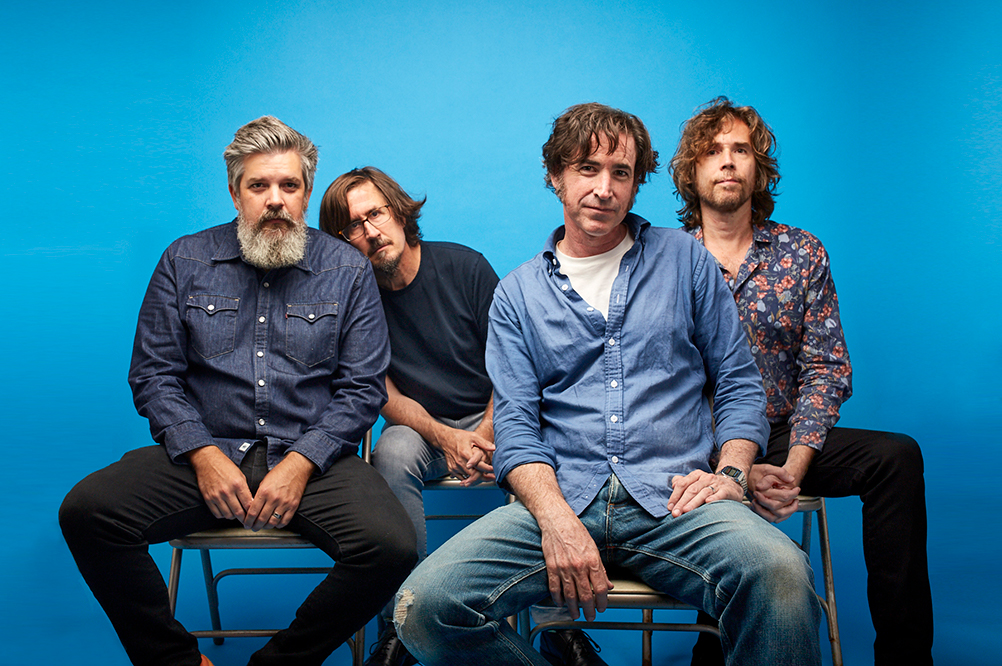 The Mountain Goats have not only announced their upcoming new album, Getting Into Knives, but also released the lyric video for the lead single, “As Many Candles As Possible.”

The video shows MG singer, songwriter and guitarist John Darnielle sitting at a outdoor table with a pad, writing down the lyrics to the song as the song plays on. Midway through, he starts drawing tons of candles to emphasize the song’s title. The clip was directed by his wife, Lalitree Darnielle,

Getting Into Knives, the band’s 19th album,is set to release on cassette, CD and double LP vinyl on Oct. 23. Speaking of vinyl, they’re also dropping a limited-edition metallic gold Peak Vinyl, which will be available at the Merge shop, and a salmon-colored deluxe vinyl that you can only get at the band’s store.

IT’S TIME FOR KNIVES. On the first of March, 2020, John Darnielle, Peter Hughes, Matt Douglas, and Jon Wurster, aka the Mountain Goats band, visited legendary studio Sam Phillips Recording in Memphis, TN. Darnielle armed his band with new songs and reunited with producer Matt Ross-Spang who engineered last year’s In League with Dragons. In the same room where the Cramps tracked their 1980 debut album, the Mountain Goats spent a week capturing the magic of a band at the top of its game. The result is Getting Into Knives, the perfect album for the millions of us who have spent many idle hours contemplating whether we ought to be honest with ourselves and just get massively into knives. Head to the link in bio to pre-order “Getting Into Knives” and to listen to “As Many Candles As Possible.”

“With the album, you either slam the door shut or you open on to the next path,” Darnielle said in a statement. “The trick is to sew up an ending, but at the same time open the doors to the theater and let the sunlight in.”

Back in April, Darnielle released Songs for Pierre Chuvin a record he completely recorded on his infamous boombox.

Watch the Mountain Goats new video for “As Many Candles As Possible” below.