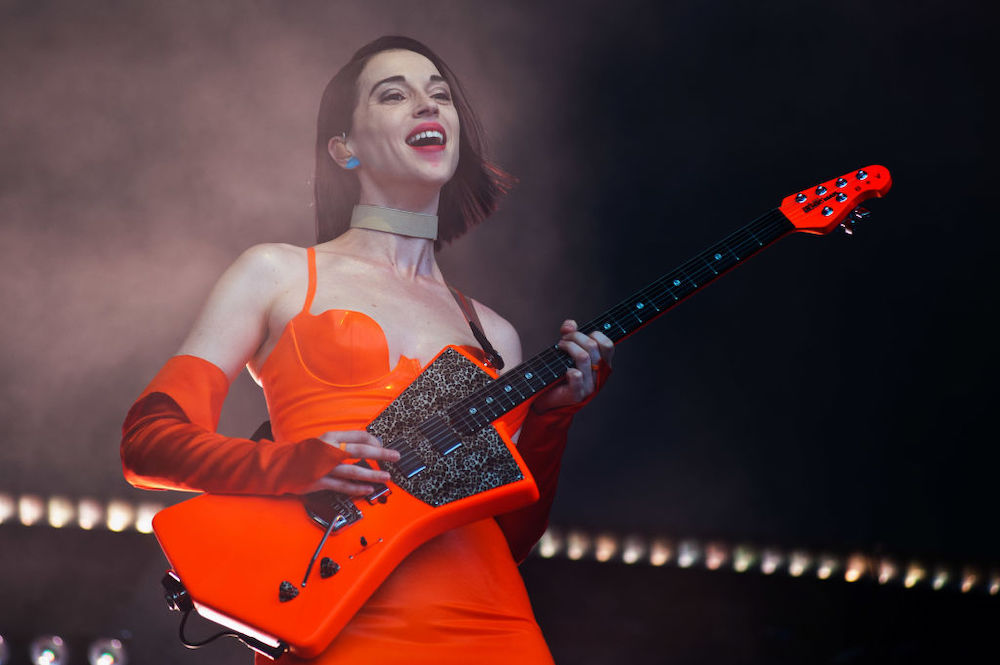 The brief clip was captured prior to a gig promoting 2017’s MASSEDUCTION. It shows her pulling off an impressive double-duty: singing while plucking the knotty riff on acoustic guitar.

“TOOL as preshow warm-up during MASSEDUCTION solo tour,” she wrote in a caption. “Pink bunnysuit hanging in background. Will always love this band. Miss you guys.”

Clark is a noted Tool fan. During a BBC Radio 6 appearance in 2018, she played both “Forty Six & 2″ and Pantera’s “Cowboys From Hell” when asked which riffs she wishes she’d written.

The songwriter, who added vocals to a song for Netflix series The Eddy, recently posted a video of her covering Led Zeppelin’s “Stairway to Heaven” — a tip of the cap to those budding guitarists who, in pre-COVID times, frequently “fumble through” the epic track in music stores across the world. (She also nodded to Deep Purple’s “Smoke on the Water” and Lynyrd Skynyrd’s “Sweet Home Alabama” as other guitar shop staples.)