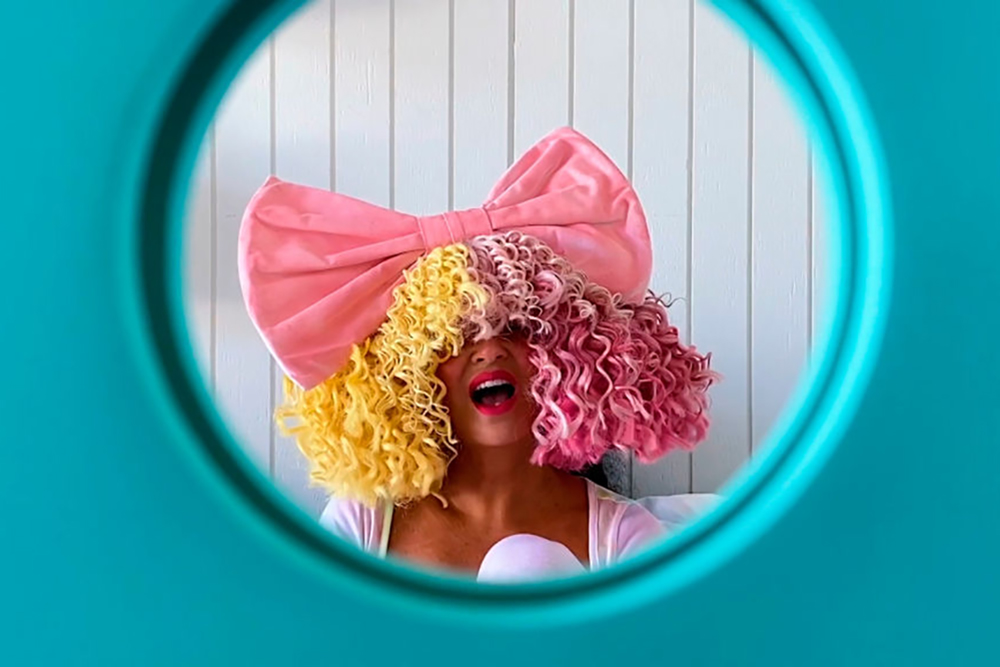 For anyone looking for some new music that’s great for the whole family, Sia has you covered. Her new song, “Riding on My Bike,” was released today (Aug. 21).

The sing-song piano-driven children’s tune effortlessly shows Sia’s affinity toward the carefree, fun and whimsical. The message is simple. The pop singer is going for a bike ride around the neighborhood and talking about what she sees.

“Riding on My Bike” is part of the new Atlantic Records children’s music benefit compilation, At Home With the Kids, which includes 24 classic children’s songs, lullabies and even some brand-new original tunes. Net proceeds will be going to benefit Save the Children.

Along with Sia, Anderson East released his take on “I Ain’t No Zebra I’m A Bumblebee” today.

“Very happy we could all make some music in our living rooms to share with kids and their parents during this difficult mess we’ve found ourselves in,” Anderson East said in a statement. “I’m also very happy that this music is helping to provide support to Save the Children for all the work they continue to do to provide opportunities for children and families to have a better existence on our planet.”

Sia previously released “Together,” which she performed with Maddie Ziegler on The Tonight Show Starring Jimmy Fallon in June.

Hear Sia’s lyric video for “Riding on My Bike” below.