Yesterday, metal lost one of its realest: Riley Gale, singer for Dallas thrash kings Power Trip, who died at age 34. As someone who followed the band in their home state, there’s a lot I could say about Gale and the band he fronted. They meant a lot to me and a generation of metal and hardcore fans. “Decade-defining” doesn’t even come close. It’s impossible to encapsulate what a force they were and what a generous dude he was, but here’s to trying.

Power Trip were the best metal band of the 2010s, but more importantly, they are a source of pride for Texan headbangers and moshers. Despite Texas’ reputation for outsized state love, that’s not an easy endeavor. To be a real Texan is to embody conflicted admiration: The barbecue, UGK and East Texas’ sprawling forests are all praise-worthy; the battles over abortion rights, an illegitimate and racist border wall and the piss-poor response to COVID-19 are not. Pride is great; shame is heavier. Gale was equally quick to shit on Sen. Ted Cruz and show love to Lone Star hardcore legends Iron Age because he knew to be Texan is to be conflicted. He was blessed with a tongue that lashed but also loved. He knew that his fans wanted the best for Texas. Though he never specifically wrote a song about slain Austin Black Lives Matter activist Garrett Foster, Gale sang with a similar spirit: Never back down on your values, never compromise.

What separates Texas bands is that they just go harder than everyone else. Gale was a Texan: He had to scream his heart out; he had to whip everyone into a merciless frenzy; he had to top himself constantly. And he fucking did it. Power Trip shows were notorious for a reason — everyone was moving or at least moved. He made his Texan fans proud to be Texans. When they blew up, we still knew they were one of us.

Metallica is an often thrown-around comparison and not just as a lazy genre reference: Power Trip genuinely seemed like they were next to ascend to the metal zenith. Still, Gale retained humility and admiration for his fans. He never wanted the moshers to calm down, and he expressed frustration when venues wouldn’t allow stage-divers. He would stick around and talk to fans after a marathon performance — and if he ever had a bad show, there was no way you could tell. Gale was the face of his band, and he used that as an open gate. Power Trip were the best fucking metal band on the planet, and they were for everyone, provided you weren’t a bigot or in Trapt. They are proof that in the musical trenches, there is genius; it’s not exclusive (or majority held) by the big guns. 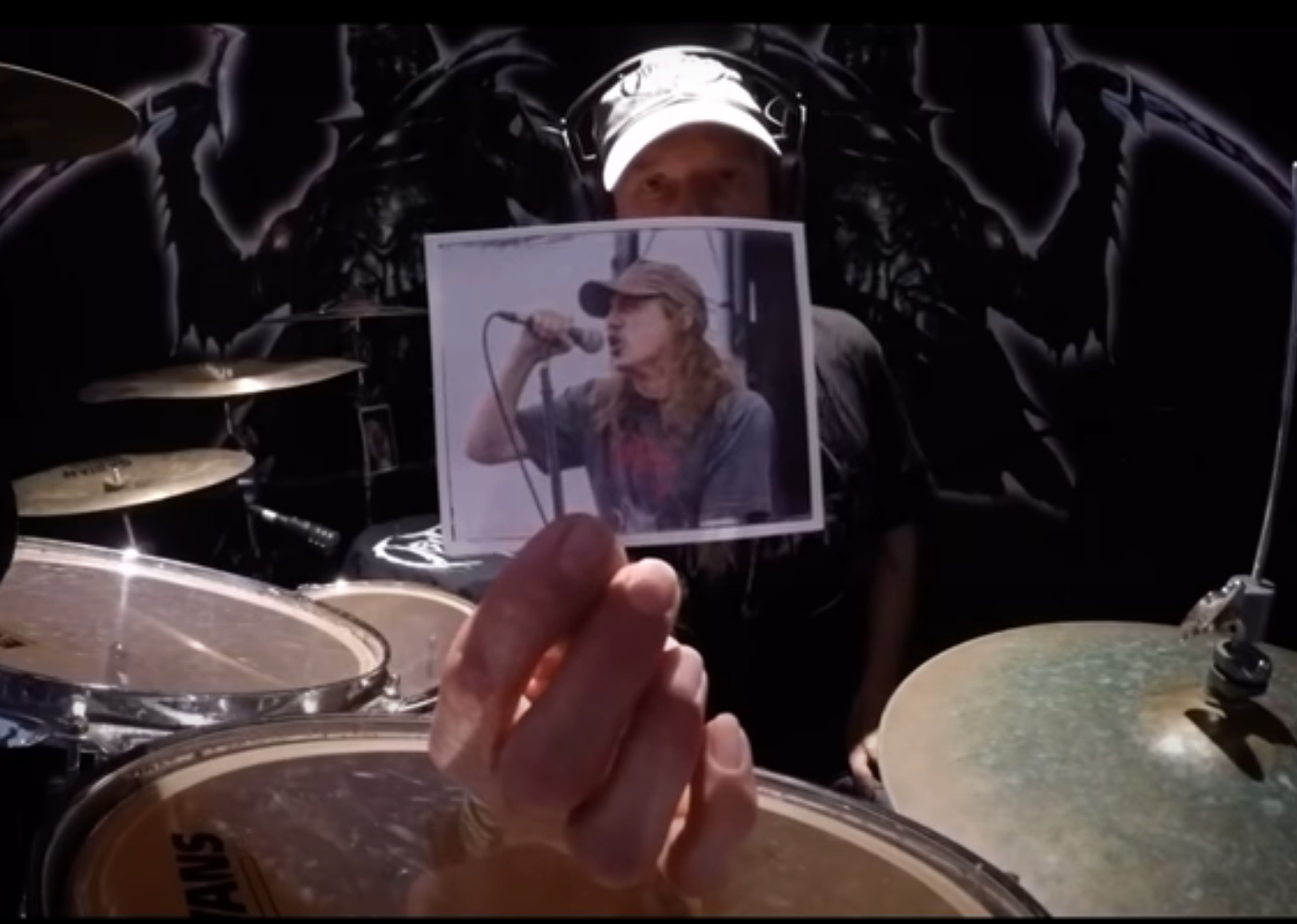 Power Trip never forgot where they came from, and they big-upped anyone who sweated it out with them in the struggle. This was never more evident than during the second edition of their own Evil Beat festival back in January, in what was maybe the first and last good weekend of 2020. Held at the Southside Ballroom in their hometown, a slew of their friends and mentors came together for the ultimate all-day rager: Two of their biggest thrash influences, California’s Vio-Lence and Canada’s Razor, ripped into crowds half their age; Deafheaven, former tourmates and another of the decade’s definitive metal bands, made an one-off stop following an Asia tour two months prior; old hardcore comrades Warthog and Wiccans played alongside New Orleans punk confounders Special Interest and noise legend Prurient (who contributed electronics to Power Trip’s breakout record, 2017’s Nightmare Logic); and they didn’t even headline their own fest, leaving that to death metal legends Carcass. It wasn’t a wall of thrash clones. These were friends and inspirations. Gale didn’t fuck with lanes, and that’s what made Evil Beat, and Power Trip by extension, so memorable.

I was hoping, once COVID-19 was no longer a daily threat, that Power Trip would have announced Evil Beat 3. They were also working on a third record, which would have been a welcome relief. More than a decade into their career, they were only getting started: Their crossover from old thrash-heads to young hardcore kids to college-rock normies to Ice-fucking-T and many points in between was nothing short of impressive. No band is universal, but they were their own dedicated, volatile, loving universe.

Don’t consider this an eulogy: Power Trip will never die, even if Gale has left us. They have two perfect thrash records and a decade of memories through blood, broken bones and goodwill towards fellow bangers. Gale’s family requests that in lieu of flowers, donations can be made to Dallas Hope Charities, an organization focused on LGBTQ youth.

Gale wanted us to help out each other. His intensity was one of a kind; his generosity is something we can come closer to matching.