Sumney teamed up with Microsoft to film the video at home in Asheville, N.C. 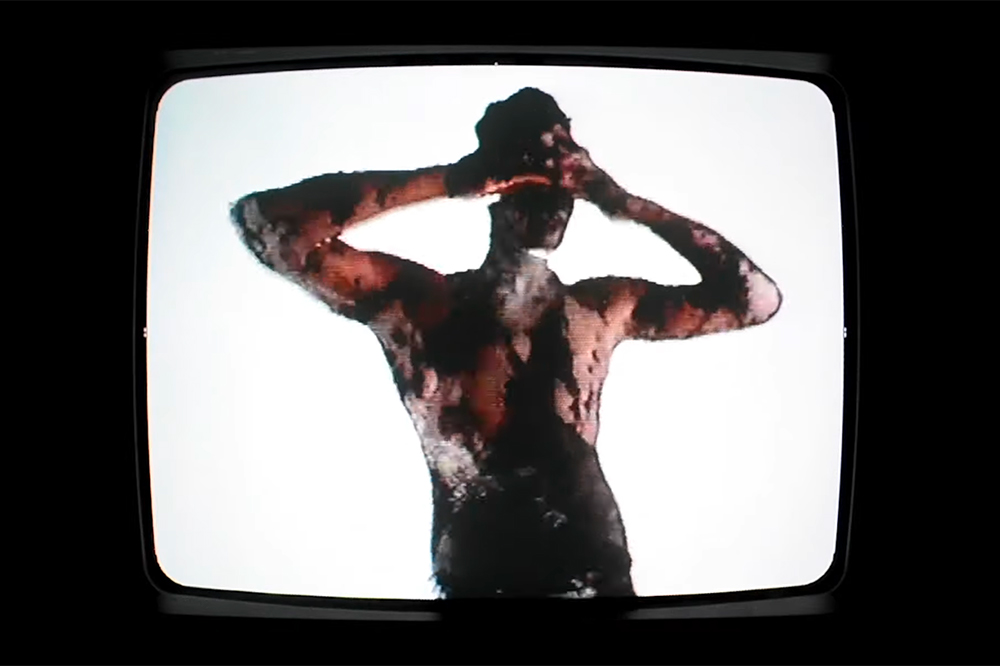 Moses Sumney has taken the at-home performance to another level with his latest video for “Bless Me.”

Teaming up with Microsoft, the visual fuses his movements and performance with abstract 3D animation thanks to the Microsoft Azure Kinect.

The video project was initially meant to be a museum installation. Sumney explained in a statement that it was going to be “an experiential piece exploring isolation and solitude.”

But with the global pandemic, Sumney and his frequent collaborator, director Sam Cannon, worked via Skype to direct and film this video from Sumney’s Asheville, N.C. home using the Azure Kinect.

“As he moved to the song, the Azure Kinect sensors tracked his body in real-time, capturing it as skeleton data. This precise point cloud and skeletal-movement data, captured utilizing the AI-powered Body Tracking SDK — which look like little dots — gave him 3D positions in space that represent depth. An RGB [red, green, blue] camera is a part of the sensor and is integral to depth, mapping color to those points and adding textures that wouldn’t normally show up in two-dimensional productions,” a release said.

“Bless Me” is off Sumney’s latest album, græ, out now via Jagjaguwar Records.