The collaboration is raising moving for Sweet Relief's COVID-19 fund 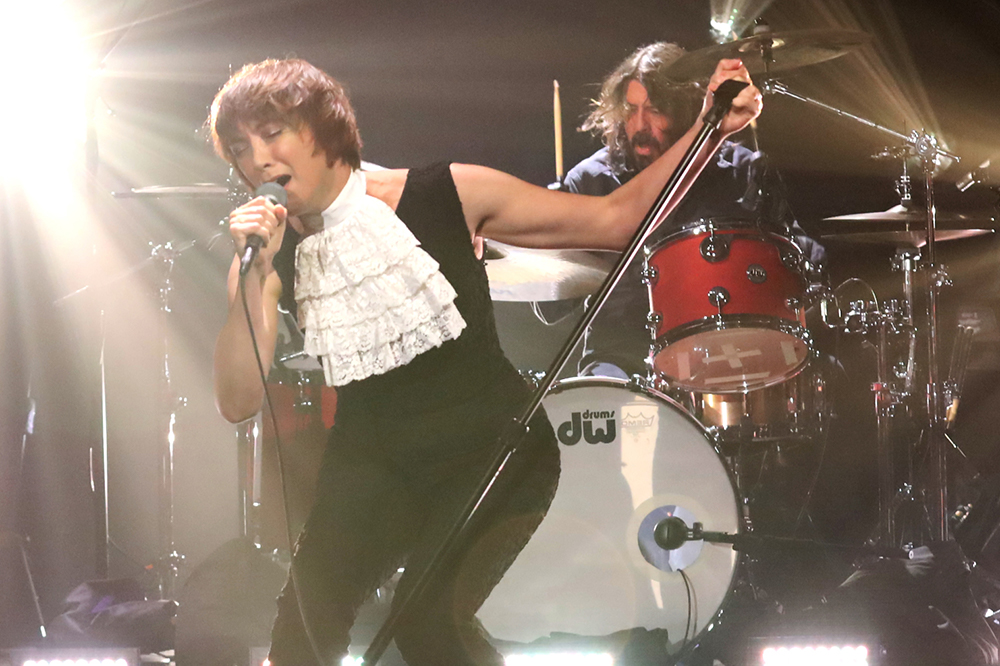 Inara George of the Bird and the Bee has recruited Dave Grohl for a new duet rendition of her track, “Sex in Cars.”

Originally appearing in George’s latest solo three-song project, The Youth of Angst, “Sex in Cars” is part of a series of releases for her “Road Angel Project, which is raising money for the Sweet Relief’s COVID-19 fund aimed at helping musicians and music industry professionals who have been financially impacted by the global pandemic.

“I always knew I wanted this version of ‘Sex In Cars’ with Dave to benefit some amazing non-profit,” George said in a statement. “As the pandemic hit and it became very clear that live music would not resume for many, many months, I immediately thought of Sweet Relief, not only because they help so many musicians, but also because they help everyone in the music industry.”

The Foo Fighters singer was not only more than happy to work with George but also to be part of this new project.

“Having been such a massive fan of Inara for years, it’s always such an incredible honor to work with her, whether on Foo Fighters music or for the Bird and the Bee,” he added. “Her voice is timeless, so pure and real. So I jumped at the chance to duet with her on this song. It was a dream come true! And for a great cause: Musicians coming together to support each other in difficult times, working to keep the music alive.”

This isn’t the first time George and Grohl have collaborated. The Foo Fighters frontman took over the drums when the Bird and the Bee performed at The Late Late Show with James Corden last year. You can watch that performance here.

Listen to the new version of Inara George’s “Sex in Cars” with Dave Grohl below.

The next track off George’s “Road Angel Project will release on Sept. 4 and include songs by Alex Lilly, Danielle De Andrea (featuring Larry Goldings) and Mike Viola.