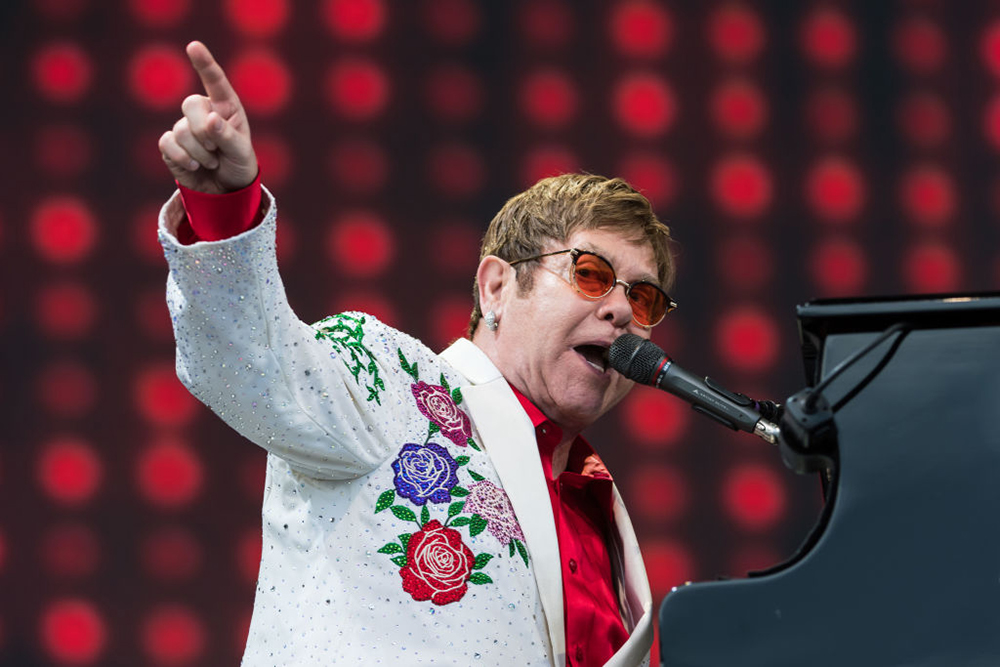 Elton John has spoken out on the current state of modern pop music, and it’s not pretty.

“Everybody else there’s four or five writers on (a track),” John told BBC Radio 6 Music. “You look at most of the records in the charts – they’re not real songs. They’re bits and pieces and it’s nice to hear someone write a proper song.”

He continued, “I like people who write songs. And there’s plenty of people that do but a lot of them don’t get played on the radio because they’re too sophisticated and we get songs made by a computer all the time and I’m not interested in that.”

John admitted that he’s a fan of both Father John Misty and Conan Gray. SPIN profiled Gray in April, which you can read here.

“(Misty) reminds me a little bit of me the way he writes songs,” he said. “Conan’s from America and he’s the only person in the American Spotify Top 50 to actually write the song without anybody else.”

John was meant to continue his Farewell Yellow Bring Road Tour this year, but then, like all tours, the global pandemic postponed things.

“Oh of course I’m going straight out there again,” he said. “When and where, I don’t know. I mean know where – but I don’t know when. I’ll definitely be out there yes.”

Noting that he was “halfway through the tour,” John really felt for his crew and those who relied on working live shows and tours.

“And as hard as it is and as frustrating as it is for me and the band it’s much more frustrating for the people who are in the crew,” he said, “who depend on their livelihoods for working like that and for people at the venues and you know it just rolls, trickles down to people who do the catering – everybody’s affected by it and unfortunately we’re going to be the last people to go back to work because we play in large venues.”