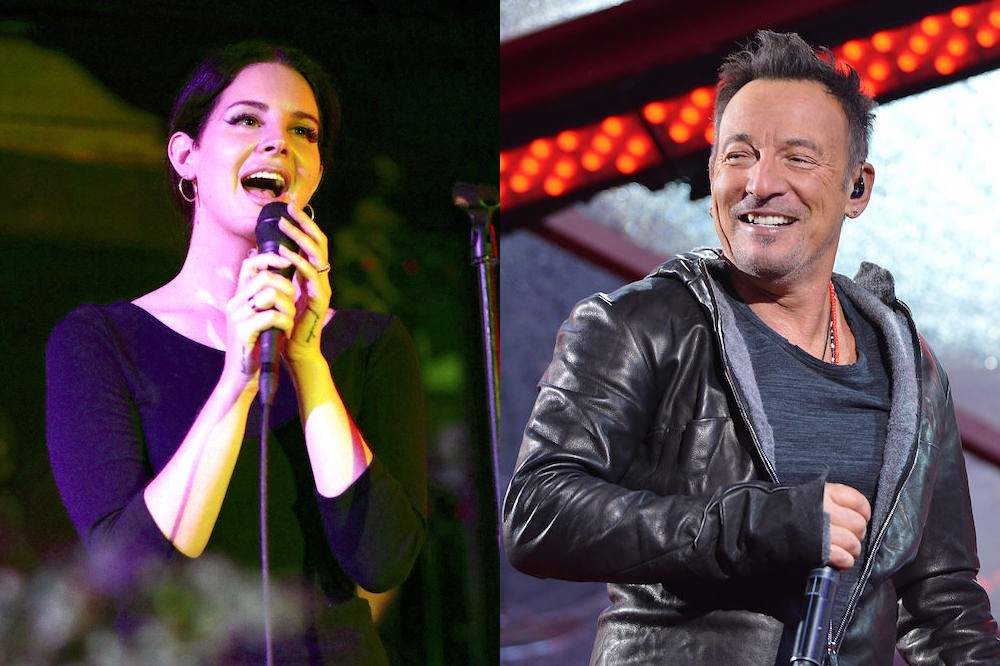 Lana Del Rey’s been making headlines for not-so-great reasons recently. But people can “cancel” her all they want, and she can still rest easy because Bruce Springsteen thinks she “is simply one of the best songwriters in the country.”

Since April, The Boss has taken over his own E-Street Band SiriusXM station to host a From His Home To Yours DJ series, and during the latest episode he played Del Rey’s “American,” which features a lyric about him: “Springsteen is the king, don’t you think/ I was like, hell yeah that guy can sing.”

“She’s, uh, name checking some guy from New Jersey in there. I’m not sure who,” Springsteen quipped (via NJ Arts). “She is from New York, and was raised in Lake Placid. Lake Placid, a fabulous little American town where I have spent many a lovely summer evening with my children and my family over the years. And Lana is simply one of the best songwriters in the country, as we speak. She just creates a world of her own and invites you in. So a big favorite of mine, the lovely Lana Del Rey.”

This isn’t the first time Springsteen has sang Del Rey’s praises. In an earlier episode of his radio show, he played “Video Games” with this introduction: “I am a Lana Del Rey fan … This is a singer and song that reminds me of the hot, humid, and sultry summer nights and the girls that went with them.”