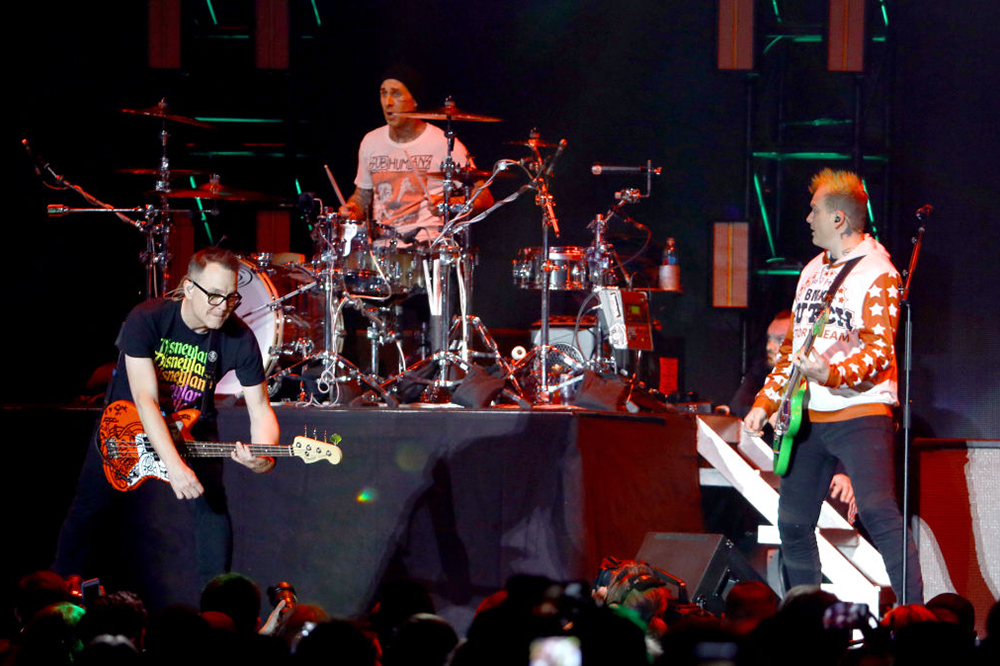 The song, first announced on Wednesday via the band’s Twitter, arrives less than a year after the release of their most recent LP, Nine. “Quarantine” is a return to form of sorts for the trio after spending much of the Matt Skiba era partnering with artists outside of their usual genre (Lil Wayne, Steve Aoki, the Chainsmokers) and making time for their various other projects.

Mark Hoppus sums up almost everyone’s feelings when he sings “I thought that 2019 was fucked up.”

It also suggests that their upcoming EP — possibly featuring artists like Lil Uzi Vert and Pharrell Williams — might actually be out soon. Perhaps more noteworthy is that Matt Skiba isn’t credited on the track. Tom DeLonge is in the middle of making a new Angels & Airwaves album, so there’s that to contend with, but the development is interesting nonetheless.

Drummer Travis Barker spoke to SPIN in late May about life in quarantine, collaborating with Post Malone on the singer’s Nirvana covers set, and his ever-busy schedule.

“I’m spoiled,” he said. “This week, Brian Lee and I produced a Blink song and recorded it. Finished three jxdn songs; finished an acoustic MGK song and reworked three other songs on the album; played on a Yungblud song; co-produced and played drums on a Steve Aoki song featuring Trevor Daniels and MGK. So it’s my dream job.”

Barker also told us about “Quarantine,” which he said at the time would “be out in the next two weeks. Really excited about it.” Now you can hear what he was excited about.