Track will be featured on rapper's sixth studio album 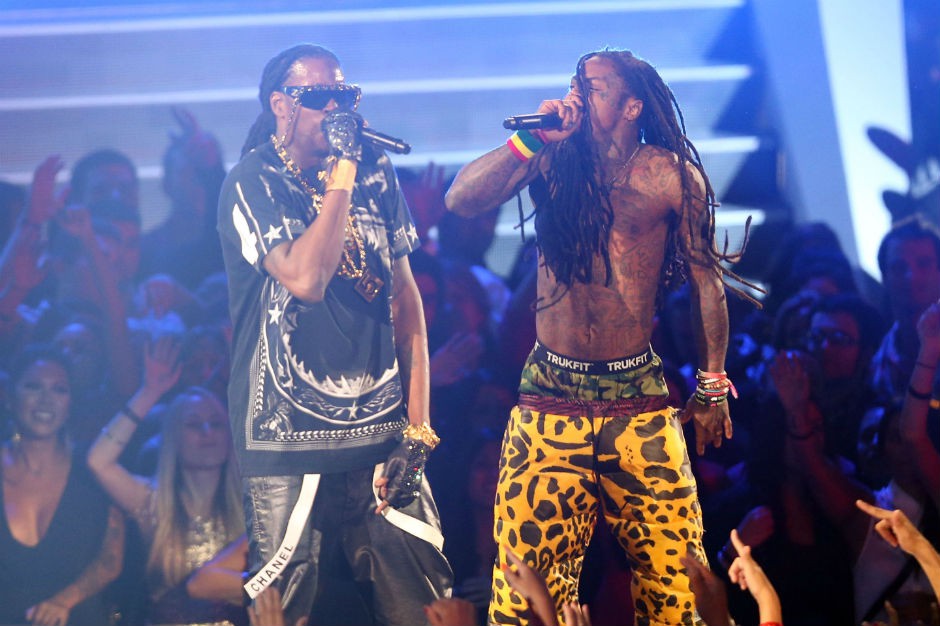 For what may be the best stadium performance since SpongeBob and gang performed at the Bubble Bowl, 2 Chainz and Lil Wayne’s latest animated video for “Money Maker” sees the pair take over an entire football field with the big-band bop.

The track — complete with a flood of horns and a commanding drum line — sees the two team up for yet another big-time Tity Boi and Weezy collab. The vibrant clip also sees the songs lyrics flash before the screen, so you couldn’t possibly miss 2 Chainz’ convincing demands to “shake ya money maker,” as the track takes samples from Southern University’s marching band Human Jukebox. It also features the band on the track cover, paying homage to HBCUs.

The hit found its way on streaming services Friday after 2 Chainz teased it while going head-to-head with fellow rap superstar Rick Ross in a pretty intense Verzuz battle.

2 Chainz recently announced that he and Weezy will be dropping ColleGrove 2 this year as a sequel to their 2016 joint project. According to a release, however, “Money Maker” is slated to be released on the rapper’s upcoming sixth studio album.

Check out the lyric video below: