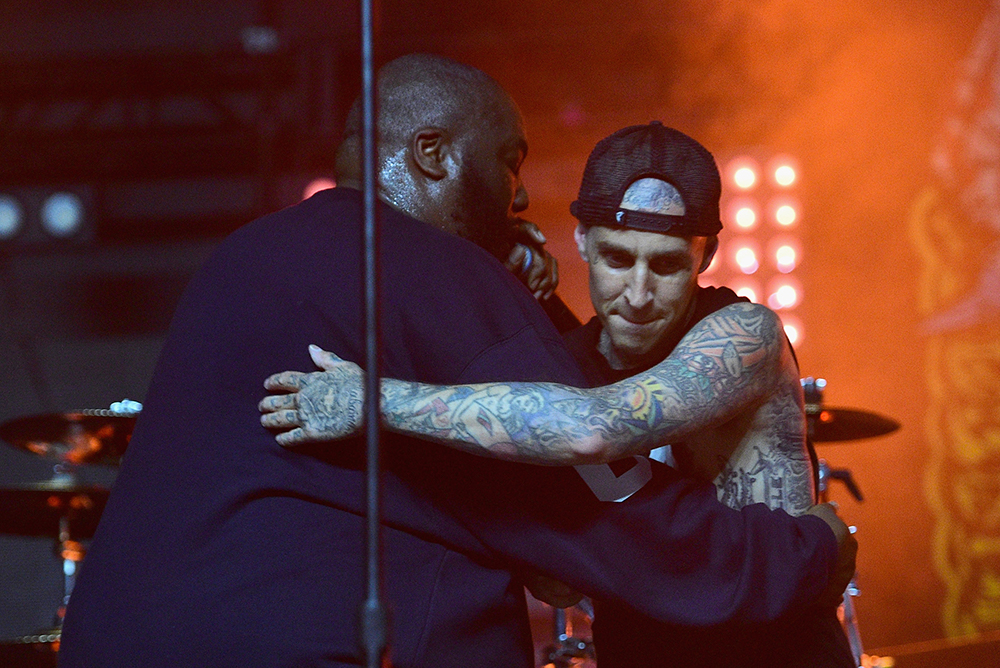 Having already worked together on RTJ2, Run the Jewels and Travis Barker are definitely not strangers at this point. So it should come as no surprise that they rejoined forces on another new tune in the form of “Forever.”

Opening with Barker on the drums, which you can see in the mini clip below, Killer Mike and El-P are ready to go into a lyrical battle with strong verses that easily ride the beat.

“Rap’s Rasputin, I’m pulling pumps on pompous ass preachers and shooting/ I’m sitting on the last pew, pew-pewing/ One day, the poor will eat the affluent/ Hope you atone for you past doings,” Killer Mike delivers.

Barker teased the track earlier this week with a clip of him behind the drum kit, but little did we know how epic the song would actually be.

As previously mentioned, Run the Jewels and Barker have worked together before on “All Due Respect,” off RTJ’s 2014 record, RTJ2. Barker also joined them on a number of live sets including Coachella in 2015, which you can see in the photo above.

Watch Travis Barker and Run the Jewels’ video for “Forever” below.