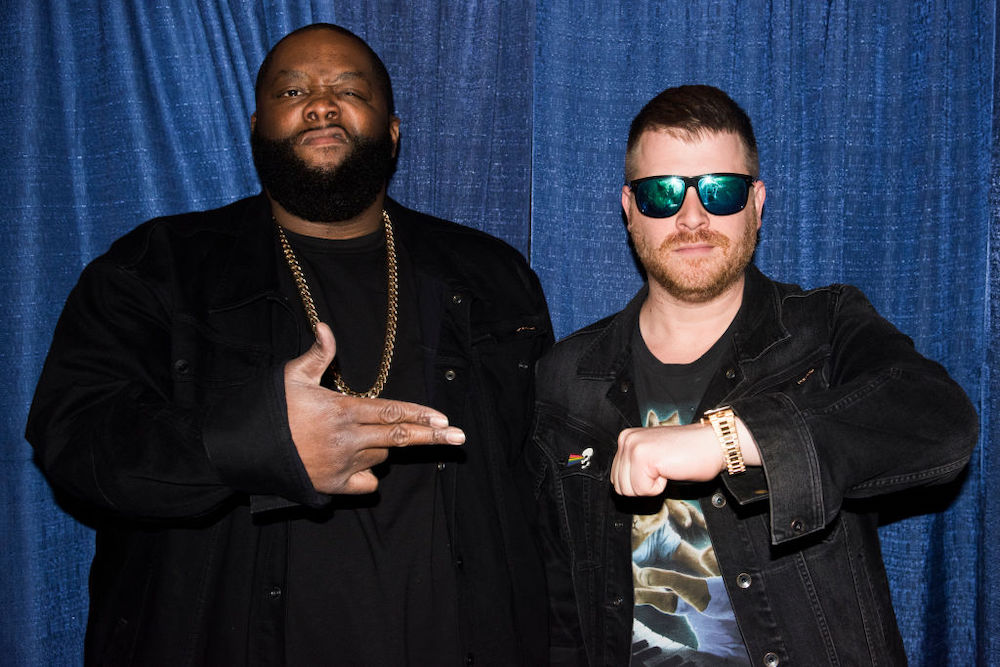 As if Run The Jewels’ latest lyric video for “JU$T” isn’t already a trip, wait until you watch it with their new cannabis line in hand.

The hip-hop duo’s new visual for the track “JU$T” — featuring Pharrell Williams and Zack de la Rocha — hit YouTube on Monday morning, and El-P and Killer Mike also announced the launch of their collaboration with the cannabis producer LEMONNADE.

The stop-motion, cut-and-paste visual was created by Pulse Films’ Winston Hacking, who says he “worked closely with Run The Jewels to create a satirical time-capsule of 2020 thus far, capturing the sentiment of their song using collage animation.”

“Drawing on the influence of Public Enemy’s classic ‘Shut ‘Em Down’ video, we combined cut up images from contemporary and historical events into a psychedelic protest vignette, a visual fuck you to systemic racism,” Hacking said.

The video would likely go over well with the new RTJ-branded cannabis strain, the appropriately titled “Ooh La La.”

Check out the latest video below and read about their cannabis line here.