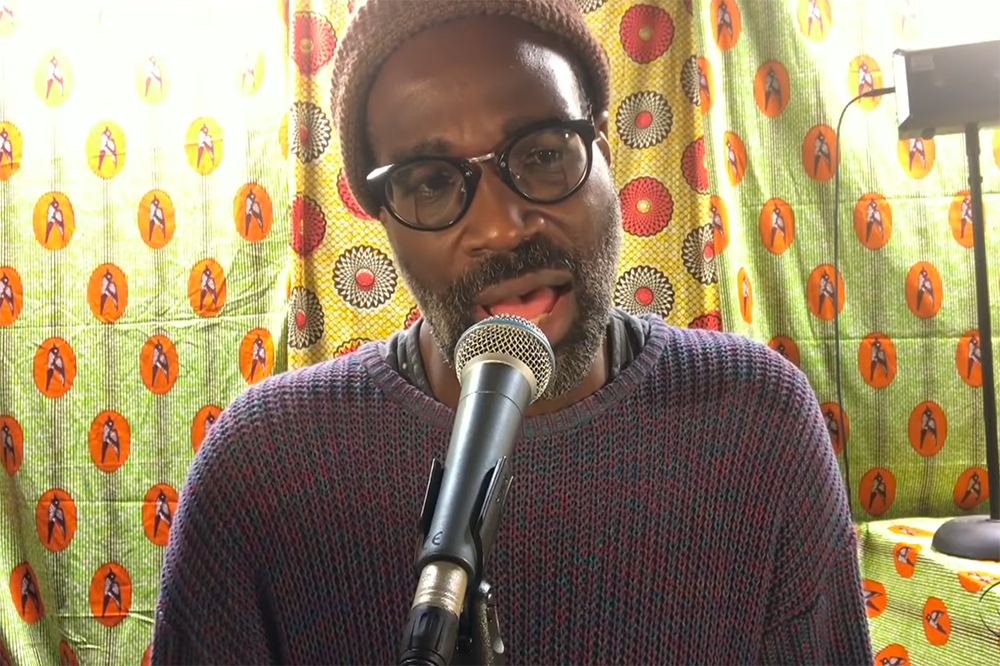 Despite all the activity outside as of late, performances are still being kept to parties of one. So when TV on the Radio was asked to perform on A Late Show With Stephen Colbert, lead singer Tunde Adebimpe decided to make it a one-man.

Sitting in front of a backdrop of patterned cloth, Adebimpe put together a lo-fi version of the band’s song, “Love Dog,” off their 2008 album, Dear Science. Starting out by layering the vocal beats on a loop, the performance, which was actually filmed back in April, put a new spin on the throwback tune.

“[Late Show have] been doing a play at home series and I was asked to contribute a song beginning of April, did it, had no idea when it’d be on, just found out,” Adebimpe tweeted yesterday before the show aired on Wednesday (June 3). “The song’s lyrics are about resilience in the face of despair and I hope you get something from it. Sending a lot of love and strength to everyone.”