"Together" is off Sia's directorial debut, 'Music,' hitting theaters in the fall 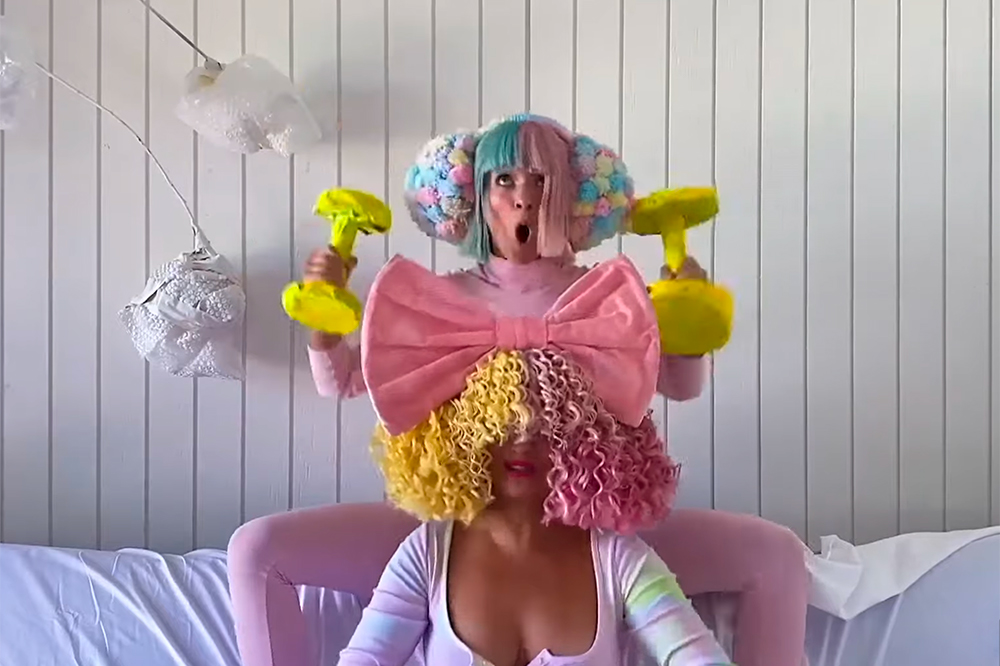 The longer people have been staying at home, the more musicians have been putting more creativity into their livestream performances. Sia proved that during her performance of “Together” on The Tonight Show: At Home Edition last night (June 9).

Donning her signature wig in pink and yellow, Sia teamed up with her frequent collaborator, dancer Maddie Ziegler, and brought a whimsical party to our screens. From filling the room with bubbles to having a pancake fight, Sia gave us the same energy that she exudes in one of her crazy colorful videos. They even give a shout out to Jimmy Fallon’s line of children’s books.

“Together” is the first single off Sia’s directorial debut, Music, based on Dallas Clayton’s children’s book. Aside from sitting in the director’s chair, she also penned the 10 tracks for the film’s soundtrack. And even though many movies have delayed their releases, Sia announced on Twitter that Music will be out in September as well as teaming up with IMAX in its release.

Watch Sia’s performance of “Together” on The Tonight Show: At Home Edition below.