'Late Show' bit was "sung with heart and power" 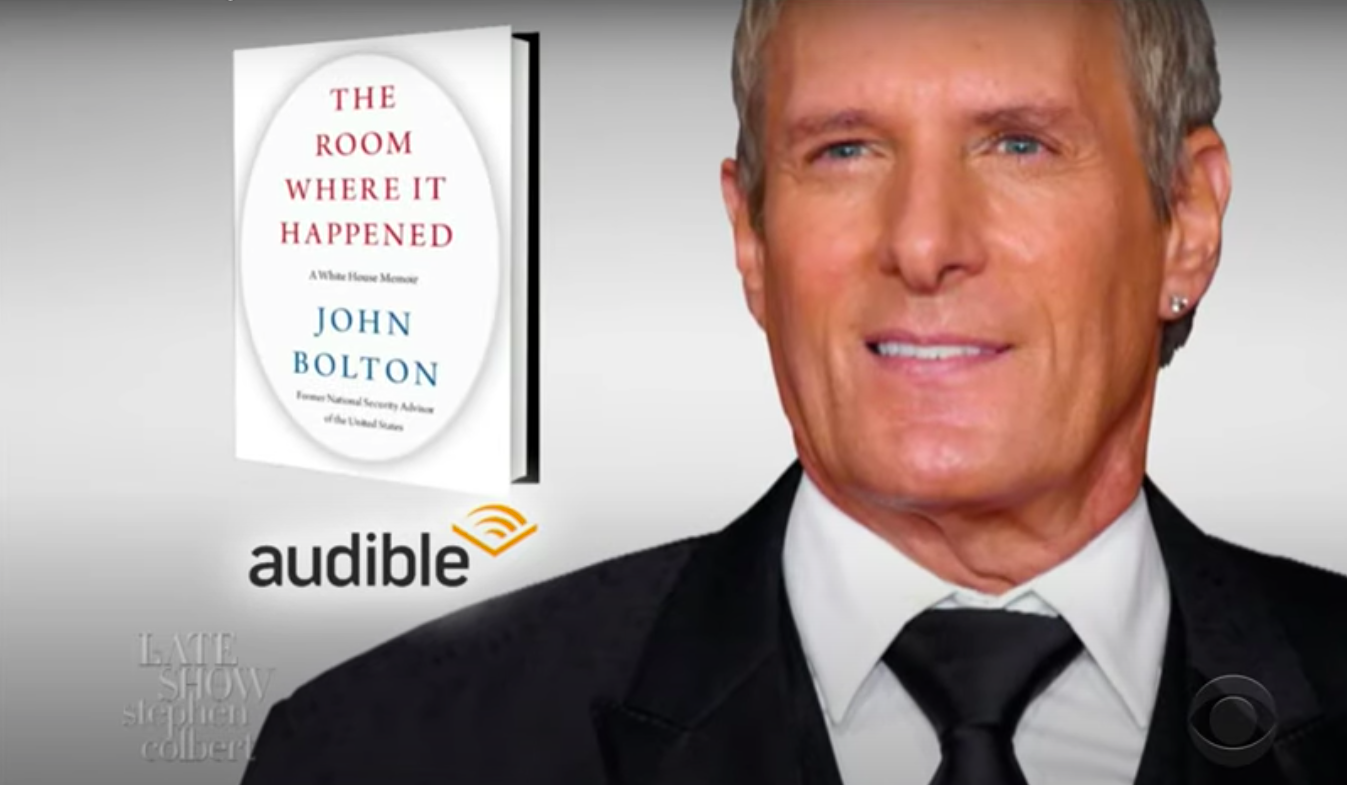 In the past few years, Michael Bolton has evolved from a classic crooner to a semi-viral comedy star. He took that latter bit a step further on Wednesday night’s edition of the Late Show.

Appearing in a segment on the Stephen Colbert-hosted program, Bolton was enlisted to sing a couple of excerpts from former National Security Advisor John Bolton’s book, The Room Where It Happened, about his time serving in the Trump administration.

While the book has drawn gasps and criticism for its description of Trump, singer Bolton’s version was a lot more…comical.

Featuring in a mock Audible commercial of the book, as the description says, it was “sung with heart and power,” singer Bolton makes the words of NSA Bolton sound more dramatic.

Examples include “Trump begged President Xi to buy soybeans to help him win re-election,” “Trump formed a pattern of fundamentally unacceptable behavior that eroded the very legitimacy of the presidency.”

Watch Sleigh Bells Perform “I Can Only Stare” on Colbert