"I have a lot of respect for Serj and his opinions, although I don’t agree with them very often these days" 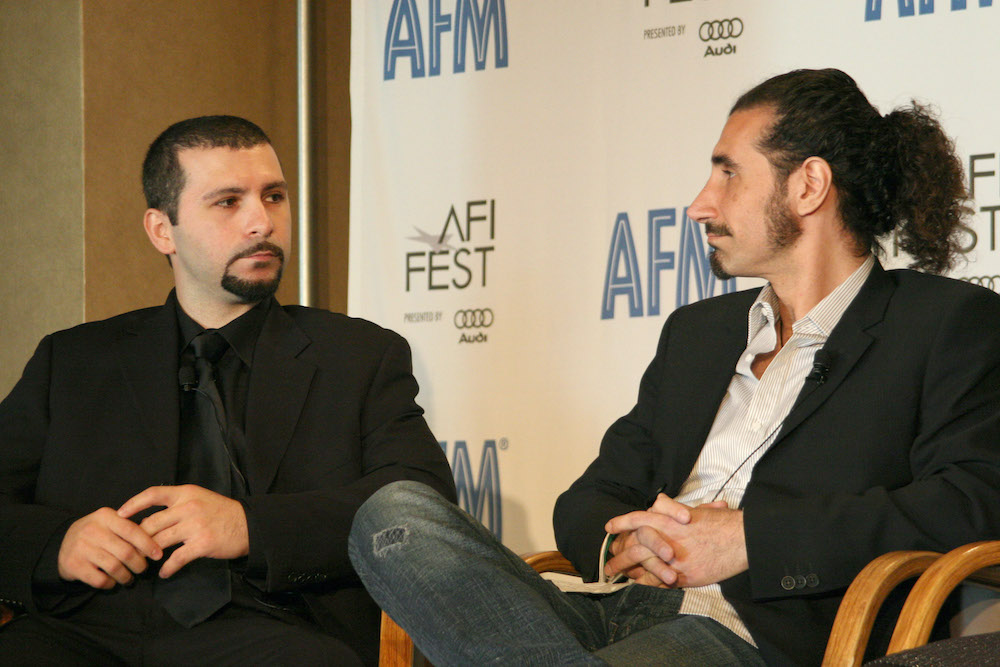 Anyone who listens to System of a Down’s music knows the lyrics are political, so it might come as a surprise that the band members don’t share political views. But if you ask John Dolmayan, “it shouldn’t be a shock.”

“We have differing opinions in System of a Down. That shouldn’t be a shock to anybody, because you have four individuals — we’re not always like-minded and don’t always agree on everything,” The drummer explained in a 13-minute Instagram video. “But you’d be surprised at how civil our conversations are, especially between me and Serj, who seem to have the most diverging opinions on things.”

“I have a lot of respect for Serj and his opinions, although I don’t agree with them very often these days,” he continued. “And that’s okay. We expand each other’s horizons — I like to think that he learns from me and I learn from him.”

Why am I posting this in my robe

Dolmayan’s explanation comes after he and singer Serj Tankian shared complete opposite views about the Trump presidency via social media. Tankian called for the president to resign after his response to Black Lives Matter protests while Dolmayan praised him for being the “greatest friend to minorities!”

The outspoken System of a Down vocalist also laid out his views on corruption during a recent interview with SPIN.

“Your average person is not dealing with that type of corruption. But on the top, we’re talking billions of dollars for running for president. So we need a peaceful revolution like the one in Armenia in the U.S. to topple this type of stupidity,” he said, adding that “There is no fucking normal.”

John Dolmayan of System of a Down Calls Democrats ‘True Fascists,’ ‘True Bigots’

John Dolmayan of System of a Down Calls Defunding Police ‘Stupidity’