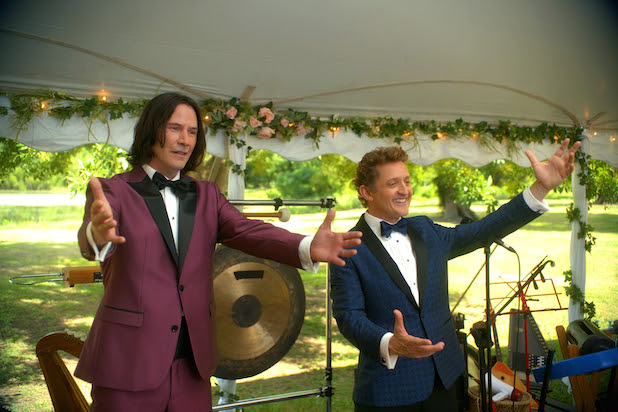 After nearly 30 years since Bogus Journey, Bill and Ted are finally back. In the first trailer for the long-awaited third film, the duo have yet to fulfill their destiny as the rock band that saves the world. It’s so bad that the Wyld Stallions duo are playing Taco Tuesday nights in rural California.

Hopping in their time-traveling phone booth, head to the future and end up in what appears to be a prison.

Bill & Ted Face the Music is out on Aug. 21 via Orion Pictures.