UPDATE (May 15, 2020): Following TempleLive’s announcement to move Travis McCready’s concert from tonight (May 15) to May 18. Arkansas Governor Asa Hutchinson has given his approval for the live show.

Governor Hutchinson said in a statement via Rolling Stone:

“The fact that the concert promoter moved the date three days forward to May 18th showed that it is not that hard to abide by the same rules that apply to everyone else. They wanted an exception for an indoor concert no one else in Arkansas asked for or was allowed. We are grateful they determined that they should follow the directives and the law and do the right thing for not only the concertgoers, but also for the public in general. 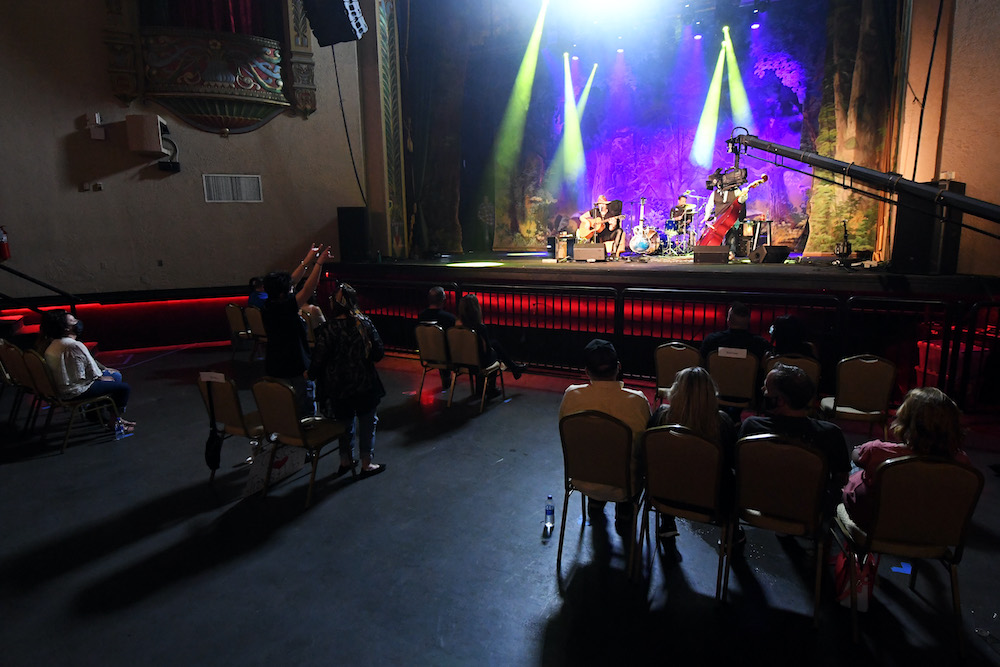 After the back-and-forth between Arkansas government officials and TempleLive, the venue that was scheduled to host the first socially distant concert in the U.S. featuring Bishop Gunn’s Travis McCready tomorrow (May 15), have announced that it is compiling with the state authorities and will be moving the concert to May 18.

“It’s very Minoritiy Report and Westworld, which I thought were pieces of fiction, that are now a reality in this country and this state,” Mike Brown, who spoke on behalf of TempleLive, said at a press conference that was held on Thursday (May 14), who also added that they were moving the show “against our will.”

Brown announced that Alcoholic Beverage Control officials showed up to the venue on Thursday morning and suspended their licenses until the venue would move the show date. The paperwork would be returned to the venue on May 18, Brown added.

Earlier this month, Arkansas governor Asa Hutchinson announced that music venues would be allowed to open on May 18. However, TempleLive already scheduled McCready’s show on May 15 and was intending to continue. However, the venue was slapped with a cease-and-desist order by the Arkansas Department of Health on May 12.

SPIN obtained a copy of the document, which laid out the venue’s violations to the Arkansas Public Health Code.

Despite the venue’s feelings, it told ticketholders that their May 15 tickets would be honored and that they will make sure to do what they can to comply with all the state and health department’s regulations before the show next week.