She described the scene at John F. Kennedy International Airport upon returning to the States, self-quarantining and what's next 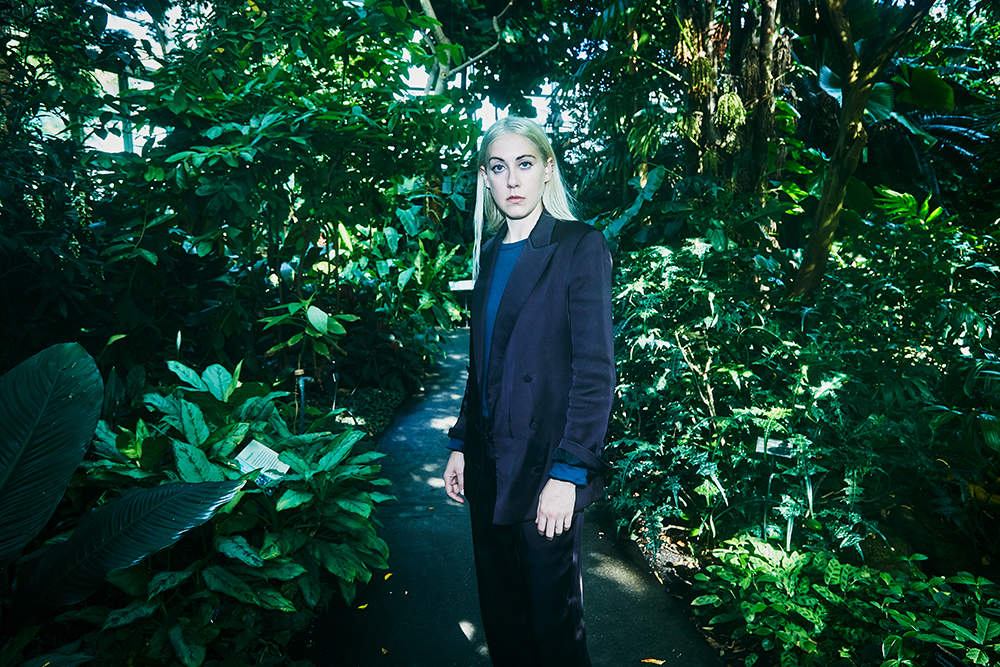 Mackenzie Scott, known onstage as Torres, is only now really beginning to settle into her Brooklyn apartment after having one of the most whirlwind tour and travel experiences ever.

After the United States enforced a travel ban to and from the European Union on March 11, Scott and her band were just finishing up their show at the Kantine am Berghain in Berlin — despite most of the band battling illnesses from the road. Instantly, they had to figure out they’d get home.

“Three out of four us were ill,” Scott told SPIN. “So we were taking all the precautions we could. We were wearing masks and just trying to heal ourselves… It was the most fun show of the tour we had so far. The room was full. The feeling in the air was really special. It was kind of that feeling that you had when everything is great before shit hits the fan.”

And it really did.

As Scott was getting ready for bed, her phone blew up with messages from loved ones in the U.S. urging her to get home as soon as possible. After seeing the travel ban news, she frantically searched for flights and saw either affordable flights being scooped up instantly or ones that cost between $10,000 to $20,000, she said.

“There were not many available because of the panic,” she said. “It caused people’s fear to spike, and they all started buying up all the flights within seconds of the announcement. And that was what was so scary. We were like, ‘Oh my God. If we don’t book a flight before we go to sleep tonight, we’re not going to get flights home for the foreseeable future.’ Who knows how long it’s going to take to get home.”

With very limited funds, Scott reached out for financial help on social media and asked anyone who could donate through Venmo, Patreon and PayPal. And the hope poured in, which overwhelmed her.

“I’ve never had anything like that happen before,” she said. “I guess it is kind of a strange experience to be in the middle of something that maddening and tumultuous and have all these people jump in. It provided an extreme sense of calm that wasn’t there before. Obviously, I’m grateful beyond words.”

She was able to book flights for the whole band that took them on a journey from Berlin to Amsterdam, then to Moscow and finally John F. Kennedy International Airport in New York City. With American citizens rushing home in the face of the pandemic, Scott was worried there would be chaos at customs. From temperature screenings to pens in order to fill out any paperwork, the band witnessed “a complete lack of preparation” by the federal government.

“Not a single person at that airport was equipped to handle what was happening, and it wasn’t even the big rush,” she said. “It was basically your normal customs line. And then if they determined if you’ve been to any number of countries on their list, then they took you to a separate section where then they checked for a fever. And we all were screened coming through [customs] for fever, and we passed… And every question we had [like], ‘Well, how do you know if we have the virus?’ And we’d get, ‘I don’t know. We have no idea.’ [laughs] That’s the attitude among everyone working there.”

To be safe, Scott and her three bandmates have been self-quarantining since returning to New York. Despite everything they’ve been through, Scott admitted feeling at peace.

“Everyone in the group is OK,” she said. “It’s hard to know if we were infected or if it was just compounded stress that caused all of us to get sick. I don’t really know… I’m at home. This is like day six now that I’ve been locked away. I feel OK. Honestly, I have a pretty overwhelming sense of peace about the whole thing, which is weird. But I do.”

Scott, like many other musicians in the industry, looked to touring and merchandise to make a living. But with everyone at a standstill, she’s trying to think of various ways to supplement that income.

“I’ve been pretty vocal about Patreon and obviously the Bandcamp event that’s happening today,” she said. “Those are small areas where people can be part of the solution if they want to be. But I will say that it’s not enough.”

Scott added, “I just encourage people to really pay attention to what artists are saying. We’re not making things up. What we’re saying is we can’t continue to make things if we can’t eat, if we can’t pay our rent, et cetera. So when we provide opportunities for people to pay for the art that they’re consuming, then they should do it. And if they don’t that’s OK, but it means that there will be less of it to enjoy.”