There’s probably no intersection between American sports and music that’s as strong and as symbiotic as the relationship between NBA and hip-hop. Countless pro ballers are friends with rap stars, and occasionally, they envy each other’s dream jobs enough to try them out themselves. The Super Bowl halftime show may be the biggest gig a musician can get at a sporting event, but only a handful of rappers have ever been big enough to be invited to perform. Similar to the Super Bowl, the NBA All-Star Game evolved into a showcase for major pop acts in the ‘90s following decades of staid entertainment ranging from marching bands to the casts of Broadway musicals.

The NBA All-Star Game, often held a couple of weeks after the Super Bowl, frequently features hip-hop and more contemporary styles of music in the halftime show. It has had a more historically interesting mix of national anthem singers (including the performance of both America’s and Canada’s anthems). All-Star Weekend, which has taken place every year since 1951 (the lone exception being during the 1999 lockout), has gradually become a magnet for additional concerts and music industry schmoozing. The entertainment isn’t always exciting – John Legend has appeared no less than 4 times – but it’s occasionally great. Ahead of  Chance The Rapper performing at this Sunday’s game in his hometown of Chicago, here’s a look at 10 of the most memorable musical moments at the game.

Not every All-Star Game features musical performers from the host city, but sometimes the stars align perfectly. When Charlotte hosted the game for the second time in 2019, North Carolina’s biggest rap star, J. Cole, had just released his biggest hit, “Middle Child” (which namechecks LeBron James). He used the song to kick off a 10-minute medley in Hornets gear at the Spectrum Center. Cole also performed his verse from “A Lot,” shouting out “21 Savage, we love you” in homage to the Atlanta rapper, who’d been arrested by ICE two weeks earlier. 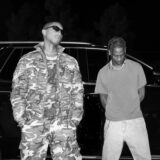 New Orleans has hosted the All-Star Game twice since the Pelicans joined the league in 2002. On both occasions, the halftime show featured a gathering of natives, including the late great Dr. John, to pay tribute to the city’s rich musical heritage. The 2014 edition featured local institution Trombone Shorty as well as a wide variety of talent from outside Louisiana including Janelle Monae and Earth, Wind & Fire. Gary Clark Jr.’s “Bright Lights” has arguably never sounded better than it did with a horn section led by Shorty that day.

Music at the All-Star Game can be awesome or dullsville. However, on occasion, something happens that isn’t exactly good but still extremely memorable. Stacy “Fergie” Ferguson’s vocal ability has never been in doubt, but the former Black Eyed Peas singer has certainly sung a few silly things over the years. Her ambitious take on the “Star-Spangled Banner” attempted to make the national anthem jazzy, sassy, and perhaps even sexy. However, it was instantly a very famous misfire. As the players stood for the anthem, a few of them couldn’t contain their amusement, most notably Draymond Green of the Golden State Warriors, who Fergie’s ex-husband Josh Duhamel called a “prick” for laughing on camera.

Carmelo Anthony didn’t sound all that convinced when he stiffly read Sting’s scripted introduction, “This man has tons of hits, he has soul, and he knows how to rock a stage.” But the former Police singer is nothing if not a master showman. He spent 10 minutes dutifully running through Police classics and solo hits with less jazzy extemporization than usual. A bearded Sting singing “Desert Rose” while flanked by dancing NBA cheerleaders is an admittedly odd spectacle. But “Next to You” never fails to kick ass, and Gordon Sumner seemed more up to the challenge of entertaining at the All-Star game than other veteran performers like Elton John had in previous years.

A red-haired Loud-era Rihanna celebrated her 23rd birthday by performing at the NBA All-Star Game in 2011. The pop star opened her hits medley with a symphonic twist on “Umbrella,” and finished up with a pair of collaborations with superstar rappers. Drake ad-libbed a change to his “What’s My Name” verse to wish Rihanna a happy birthday before Kanye West shut the show down with a version of “All of the Lights.”

In the 1995-96 season, the NBA expanded into Canada for the first time, adding the Toronto Raptors and the Vancouver Grizzlies to the league. That season’s All-Star Game at the Alamodome in San Antonio was the first time that the Canadian national anthem was performed alongside “The Star-Spangled Banner” ahead of the game. Who better to perform “O Canada” at the All-Star Game than Shania Twain, the pride of Timmins, Ontario, as she was ascending to superstardom. Twain’s breakthrough album, 1995’s The Woman In Me, was already halfway to Diamond-certified sales, and she’d win her first Grammy later that month. But Twain, who didn’t tour until 1998, was dogged by music industry whispers that she was a studio creation who couldn’t sing live. Yet her regal, confident “O Canada” was one of the first times where she offered an emphatic counterpoint to those accusations.

Two months before Michael Jordan’s final NBA game, Mariah Carey paid tribute to the retiring legend at the 2003 All-Star Game in Atlanta. Carey, who was in the awkward middle chapter of her career between Glitter and The Emancipation of Mimi, rose to the occasion and proved she still had the pipes and showmanship. She rocked two jersey dresses both emblazoned with Jordan’s iconic 23 on them, a Bulls jersey minidress and a floor-length Wizards jersey gown. She appropriately serenaded MJ with “Hero.”

A decade before hip-hop reached ubiquity in pop culture and at the All-Star Game, the 1989 broadcast kicked off with an unlikely dose of cutting edge hip-hop in the form of the Ultramagnetic MCs’ All-Star rap. The Bronx group had just released their classic debut album Critical Beatdown in late 1988, but were hardly household names (even at the height of their powers). Somehow, however, CBS wound up airing nine minutes of Kool Keith and Ced Gee rhyming about every player and coach in the All-Star Game over a pair of Ced beats, including Critical Beatdown’s “Give The Drummer Some.” Kool Keith, who’d one day rap outrageously strange rhymes about sci-fi and sex as a cult solo artist, offered earnest praise for NBA stars like Utah Jazz point guard John Stockton: “He’s a leader, a basketball general/ Dishin’ out the pill like it’s a mineral/ A vitamin, pumpin’ up his team/ He leads the league in assists, you know what I mean?”

Pharrell Williams has been ruling popular music with The Neptunes production team since the ‘90s, but he was just coming into his own as a solo star in early 2014 thanks to songs like “Happy” and  his vocals on Daft Punk’s “Get Lucky.” And the 20-minute performance billed as ‘Pharrell Williams and Friends’ that opened the All-Star Game in New Orleans was a thrilling display of Skateboard P’s gift for hooks and impressive Rolodex of famous friends. After kicking off with “Frontin’,” Williams brought out Nelly, Busta Rhymes, Diddy, Snoop Dogg, and his Neptunes partner Chad Hugo to perform a medley of hits that Williams helped write over the years. And yes, he put on that giant hat at the end.

Second only to Jimi Hendrix’s rendition at Woodstock, Marvin Gaye’s version of the “Star-Spangled Banner” at the 1983 All-Star Game is one of the greatest reimaginings of America’s national anthem by any musician. Where other singers typically lean into the flexible meter of the anthem, stretching out some measures for big vocal moments, Gaye made the revolutionary decision to set it to a steady beat: a gently pulsing drum machine track in the vein of his comeback album, Midnight Love, which was released a few months earlier. Locking into the minimal groove at the Forum in Inglewood, California, Gaye made the anthem soulful and supple in ways Francis Scott Key would never have imagined. It was Gaye’s last important contribution to music before his shocking death in 1984. The moment has lived on as the first video aired by VH1 in 1985 and in a 2008 Nike ad campaign.