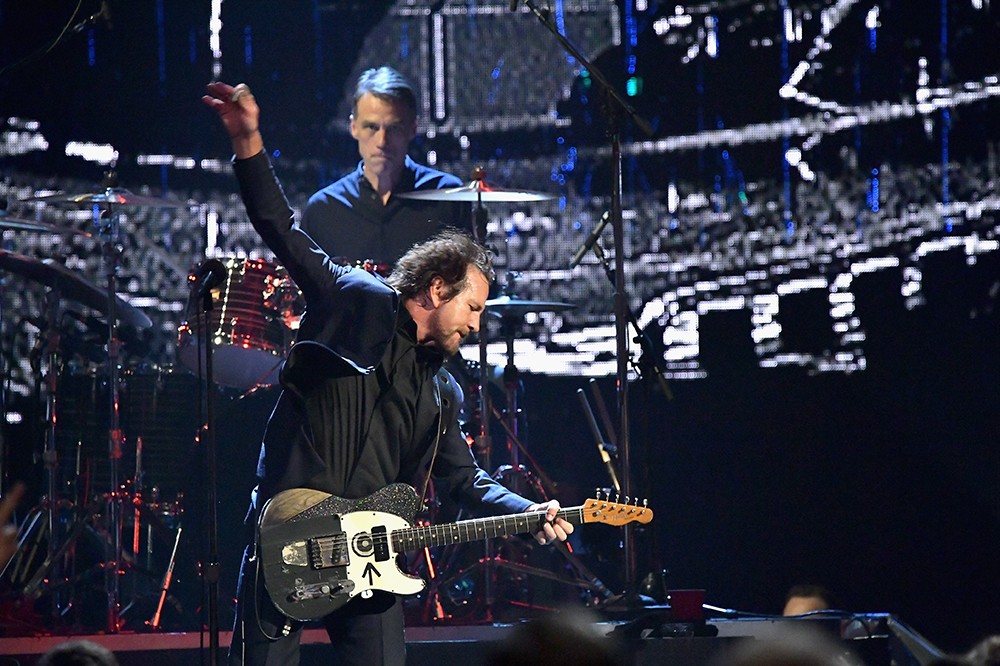 Pearl Jam are playing a headlining show in New York City for the first time since 2016.

Hosted by SiriusXM and Pandora, the gig will take place at the Apollo Theater in Harlem on March 26. It will be air live in on SiriusXM’s Pearl Jam Radio. And after the show, the SiriusXM channel will premiere the new album in North America. The show will take place a few days before their Madison Square Garden show.

Meanwhile, Pandora will drop both a “Pearl Jam Live: A-Z” playlist that includes the band’s best live performances as well as a “Pandora Story” where Pearl Jam will discuss the new record and some of their most well-known songs.

“We are incredibly humbled and honored to take the stage at the legendary Apollo Theatre,” Pearl Jam’s Stone Gossard said in a statement. “We look forward to a memorable show to celebrate Gigaton and the 10-year anniversary of Pearl Jam Radio at SiriusXM. It’s hard to understate the sacred and historical importance of the Apollo to the history of American popular music and African Americans’ preeminent role in its invention.:

However, there’s one catch.

You will need to be a current subscriber to SiriusXM or Pandora to enter a chance to get a seat at the private show. SiriusXM subscribers can win tickets either through the Pearl Jam Radio contest or via email if they receive e-mails from SiriusXM marketing. There’s also a travel contest for any subscribers who have been using the service since Jan. 22.

For Pandora users, they will be offered the chance to get tickets based on their “listening histories.”

If you don’t subscribe to either, Pearl Jam will also be starting their North American tour to promote Gigaton starting on March 18 in Toronto.