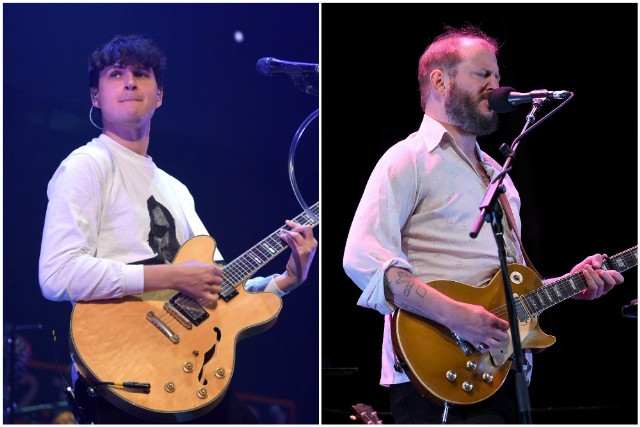 Presidential hopeful Bernie Sanders is getting some major musical support. The senator from Vermont announced on January 22 that Vampire Weekend and Bon Iver will be performing at two Iowa caucus concerts to back him.

“I believe, unequivocally, that all people deserve support, love, and the freedom to choose how to live their own lives,” said Bon Iver’s Justin Vernon. “There are promises in our constitutional language that are being superseded by money and greed in this country; I believe that Senator Sanders is the only one that has the pedigree, the experience, the courage, and the undying spirit to begin to put these obstacles of freedom to rest.”

Bon Iver is set to perform January 31 at 6 p.m. at the Horizon Events Center in Clive, Iowa. Vampire Weekend plays an acoustic set the next evening, at 6 p.m. at the U.S.  Cellular Center in Cedar Rapids, Iowa. Both concerts are open to the public, but Sanders’ campaign encourages those interested in attending to RSVP at his website. There will not be tickets, and admittance will be first come, first served. 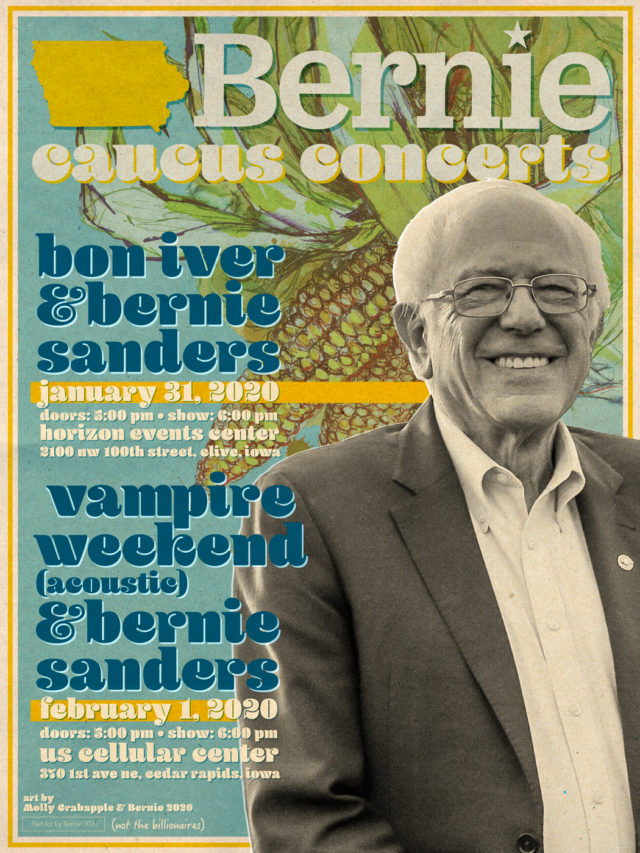 In CNN’s latest poll heading into the Iowa caucuses, which is set for February 3, the 78-year-old senator is leading his rivals. According to the cable news network, Sanders has topped former Vice President Joe Biden, with 27 percent registered Democrats supporting him, versus Biden’s 24 percent. The two are well ahead of Elizabeth Warren (14 percent) and Pete Buttigieg (11 percent). In the single digits are Michael Bloomberg (5 percent), Andrew Yang and Amy Klobuchar (4 percent each), and Tom Steyer (2 percent).

Sanders also led in SPIN’s poll after the first 2020 Democratic presidential debate. He pulled in 39 percent of the vote, while Warren came in second with 29 percent. Biden and Buttigieg received 4 percent.