Which Oasis Album Is the Best? 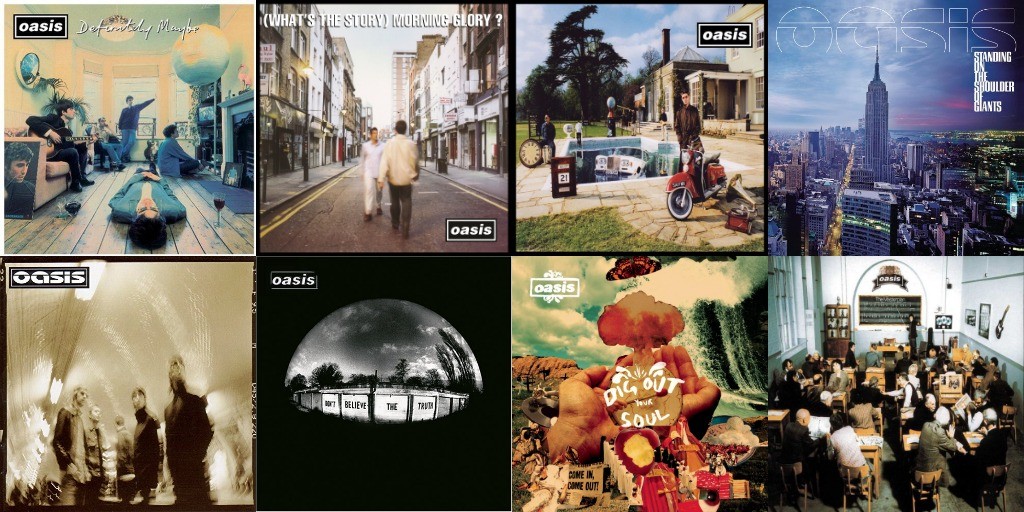 Oasis’ (What’s the Story) Morning Glory?—which marked its 24th anniversary on October 2—wasn’t always the critical darling it is today. In his 1995 review for SPIN, Chuck Eddy wrote that the album “feels less tuneful and more complacent than Oasis’s first CD; generic classic rock replaces the old Bowie glitter, like a prep-school version of Soul Asylum, though sometimes with a thick Urge Overkill ’70s highway roll to it.”

Publications such as The Independent and Melody Maker ran similarly negative pieces, suggesting that, in the wake of Definitely Maybe, the band’s once-ascendant star had burned out. This was all in spite of the album’s obvious popular appeal: (What’s the Story) Morning Glory? peaked at No. 4 on the Billboard 200, and, like Definitely Maybe before it, went straight to No. 1 on the UK Albums Chart.

With the critical tides now turned in the album’s favor, it’s easy to rank (What’s the Story) Morning Glory? as one of Oasis’ most essential albums. Writing about “Wonderwall” for our list of the 95 best alternative rock songs of 1995 (we named it No. 1), Andrew Unterberger offered leery praise, citing “the Gallaghers’ ability to hit specific emotional chords in the vaguest way possible, a method of attack that would, for better or worse, end up inspiring an entire generation of British rock mid-tempoists at the turn of the millennium.” And though “Wonderwall,” “Don’t Look Back In Anger,” “Some Might Say,” and “Champagne Supernova” have become something like standards, deeper cuts such as “Hey Now!” hold up just as well.

Of course, Oasis have a few other great albums too. Log your vote for the absolute best in our poll.