In 2014, director Adam Wingard and screenwriter Simon Barrett released a solid contender for the most quintessential Halloween film made by someone other than John Carpenter. The Guest is part throwback ’80s action flick and part late-’70s-style suburban Midwestern horror. Working with a modest indie budget, Wingard stylishly blend visual elements of both genres into a film that answers the question “What if The Terminator was directed by the guy who made Halloween?” It bombed at the box office, like many great cult films, but found second life amongst people who stumbled upon it while scrolling through Netflix and the like.

Downtown Abbey star Dan Stevens apparently spent several months in the gym before assuming the role of David, the titular guest, a soft-spoken U.S. soldier from Kentucky returning home from deployment in Afghanistan. The charming, genteel Southerner lands on the doorstep of the grieving Peterson family, claiming to have served with their son Caleb, who died in combat. After David ingratiates himself to his fallen comrade’s family, the Petersons’ invite him into their home so he can get back on his feet. Then, the bodies start piling up. 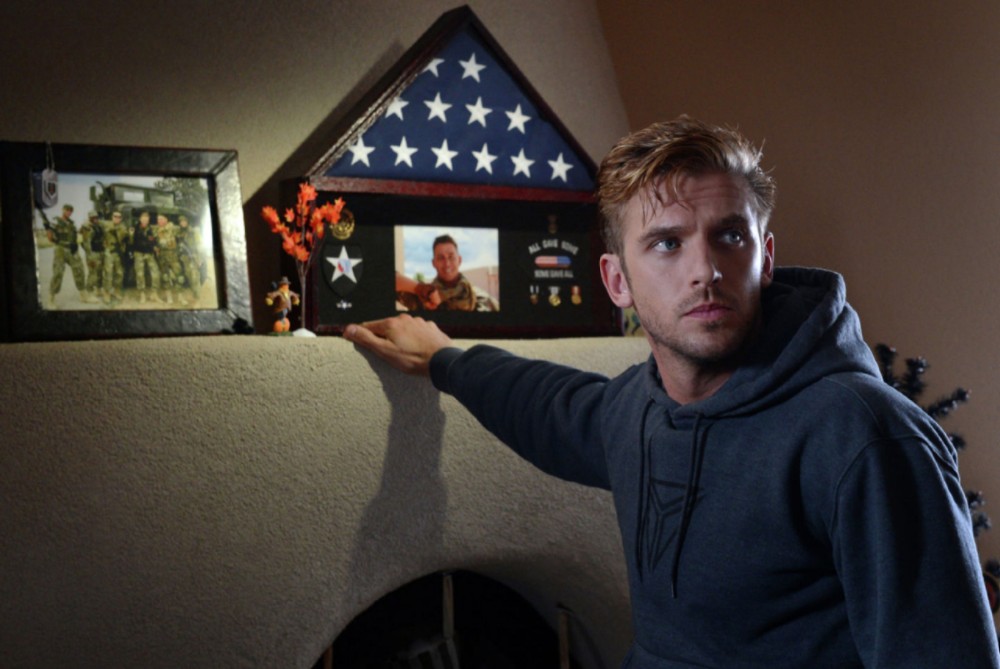 When making a quintessential Halloween film, it helps to curate a quintessentially Halloween soundtrack, which The Guest nails. What makes Halloween music? Among other things, Carpenter-esque darkwave synths; songs that make explicit mention of ghouls, spooks, and Draculas; any gothy post-punk made by Vitamin D deficient Brits in the ’80s.

The Guest soundtrack checks most, if not all of those boxes, making it ideal listening for today, even if you’ve never seen the film. The songs nail the Halloween vibe but also avoid obvious choices (Misfits, Ministry, Bauhaus etc.), opting instead for a moody Love and Rockets deep cut and no less than three tracks from the early ’80s Dutch darkwave band Clan of Xymox. It’s also got a bit of the Drive influence that has made its imprint on so many successive movies, with tracks from more contemporary artists like the the Italo-disco-inspired duo Gatekeeper and the Italo disco inspired duo Gatekeeper and the Austin synth-wave outfit Survive, who created the music for Stranger Things.

No homage to the ’80s would be complete without an ominous original synth score (just ask the Stranger Things guys), and compose Steve Moore comes through on that front, capitalizing on Super Hans’s golden rule of composition: “The longer the note, the more dread.” Listen to The Guest soundtrack below.