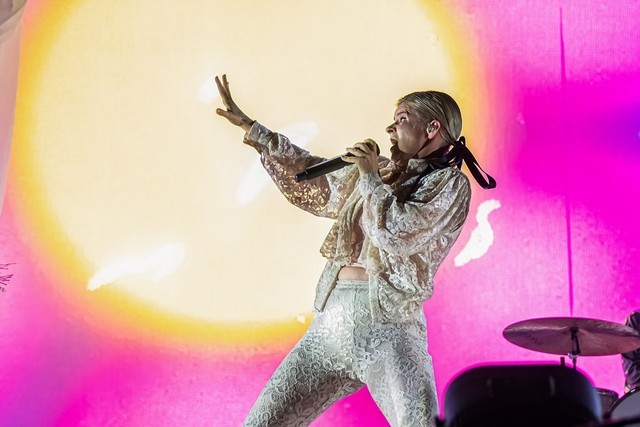 Last year, after way too many years away, Swedish pop overlord Robyn reemerged with her excellent comeback album Honey. The album’s strangest track may have been “Beach 2K20,” a deadpan house banger that is literally just about partying on the beach. Right now, Robyn is in the midst of a tremendous arena lap, bringing her revelatory live show to arenas and headlining festival spots across the world. And for a new remix of “Beach 2K20,” Robyn has recruited Yaeji, the queen of deadpan house bangers.

The Brooklyn-based Yaeji makes warm, blissed-out house-pop, and she does it without ever raising her voice above a sleepy murmur. Like Robyn, Yaeji isn’t exactly prolific. She’s never made an album, and she seems to only come out with an EP or a single when the time is right. Yaeji has some experience remixing leftfield pop stars; she reworked Charli XCX’s “Focus” last year. But it’s still a surprise to hear her taking on a Robyn track.

On her version of “Beach 2K20,” Yaeji uses Robyn’s sleepy hook as a sort of mantra, and she switches up the spoken intro, making it a into a bit of supremely unnatural dialog with Robyn. The newly reconstructed track is just as hypnotic as the original, in many of the same ways. Below, check out the Yaeji remix and the Robyn original.