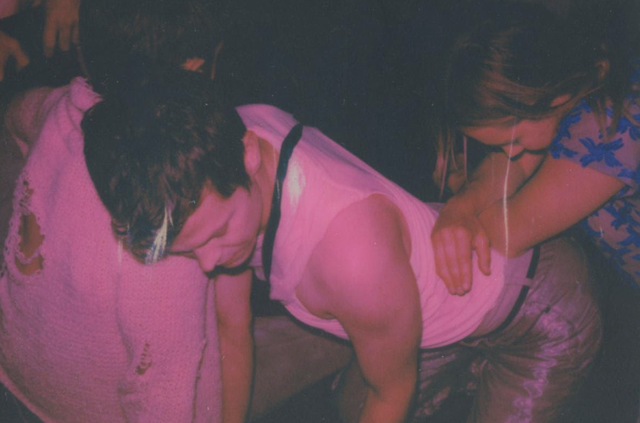 Perfume Genius, otherwise known as Mike Hadreas, has released a new song, “Eye in the Wall,” taken from an upcoming dance and music piece which Hadreas co-directed and will perform in entitled The Sun Still Burns Here. The performance, which has been in rehearsals for almost a year, will debut next month in Seattle, with a run of dates in New York City, Minneapolis, and Boston in the months following. The piece was commissioned by Seattle Theatre Group and MASS MoCA and features the dance ensemble YC.

“Eye in the Wall” is a nine-minute epic characterized by heavy percussion and swatches of dissonant guitar. Of the track, Hadreas said in a press statement: “I think of ‘Eye in the Wall’’ as a cosmic peep show. Watching, being watched, dancers unlatched from the Matrix and truly LIVING. Creating new rituals on the other side. Whole bodies braiding, spit glowing in the dark and a camera floating just above.”

Perfume Genius’ last album, No Shape, came out in 2017, with a remixes EP following it last year. You can listen to “Eye in the Wall” and watch a trailer for The Sun Still Burns Here below. Tickets for the performance of Hadreas’ piece are available via Perfume Genius’ site.