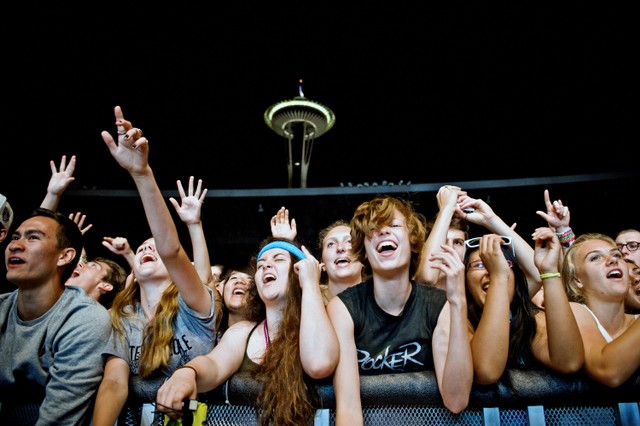 Four people have been hospitalized after a stage barricade collapsed at Seattle’s Bumbershoot Music & Arts Festival, CNN reports. Seattle first responders received a call around 10 PM Saturday night, arriving at the festival’s Fischer Stage shortly after to help evacuate 25 people for minor injuries. Victims were rushed to the Harborview Medical Center, where they were treated for “non-life threatening injuries,” according to a statement from the festival.

The incident occurred during Jai Wolf’s set on the Fischer Stage, which was ultimately cut short by the collapse. “As soon as I walked on stage tonight, one of the steel barricades separating the crowd from the stage collapsed due to the crowd pushing and jumping on the hill,” Jai Wolf later shared on Twitter. “The festival organizers and I did our best to come up with a solution, but unfortunately the police informed us that there was a safety concern playing without the barrier, so we could not continue the set.”

In light of the cancellation, Jai Wolf has announced a makeup performance scheduled for September from 6:55 to 7:55 at Seattle’s Memorial Stadium. “I’m so stoked to be back in Seattle but safety is our primary concern and we wanted to make sure that no one would be in any danger,” the statement continues. Read statements from Bumbershoot and Jai Wolf below.

Win a Trip to Bumbershoot ’12

Get to Seattle’s Bumbershoot This Year!