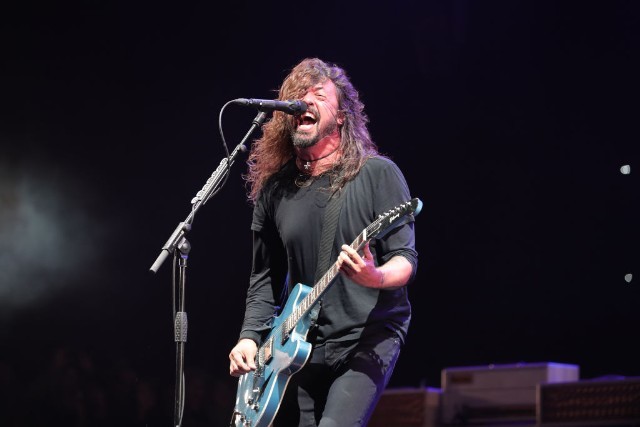 Foo Fighters have released a live album recorded during their June 18, 2005, concert at the Walker Air Force Base in Roswell, New Mexico. The release coincides with “Storm Area 51 Day,” a viral tongue-in-cheek call to raid the portion of Nevada’s Nellis Air Force Base where the presence of aliens has long been rumored.

The seven-song set, titled 00050525 Live in Roswell, includes three tunes from Foo’s 2005 album, In Your Honor, as well as “Stacked Actors,” “Monkey Wrench,” “All My Life,” and their first single, “This Is a Call.” The band performed that night in celebration of the 10th anniversary of their self-titled debut album.

The release’s occasion, “Storm Area 51 Day,” has brought hundreds of people to the Nevada desert. Nearby towns Rachel and Hiko are both hosting weekend festivities, while Bud Light has sponsored an Area 51-themed party in Las Vegas. The Las Vegas Review-Journal reports that “about 100″ people gathered outside Area 51’s gate early this morning.

You can listen to Foo’s 00050525 Live in Roswell with the stream below while gazing at the sky and pondering the universe’s possibilities.