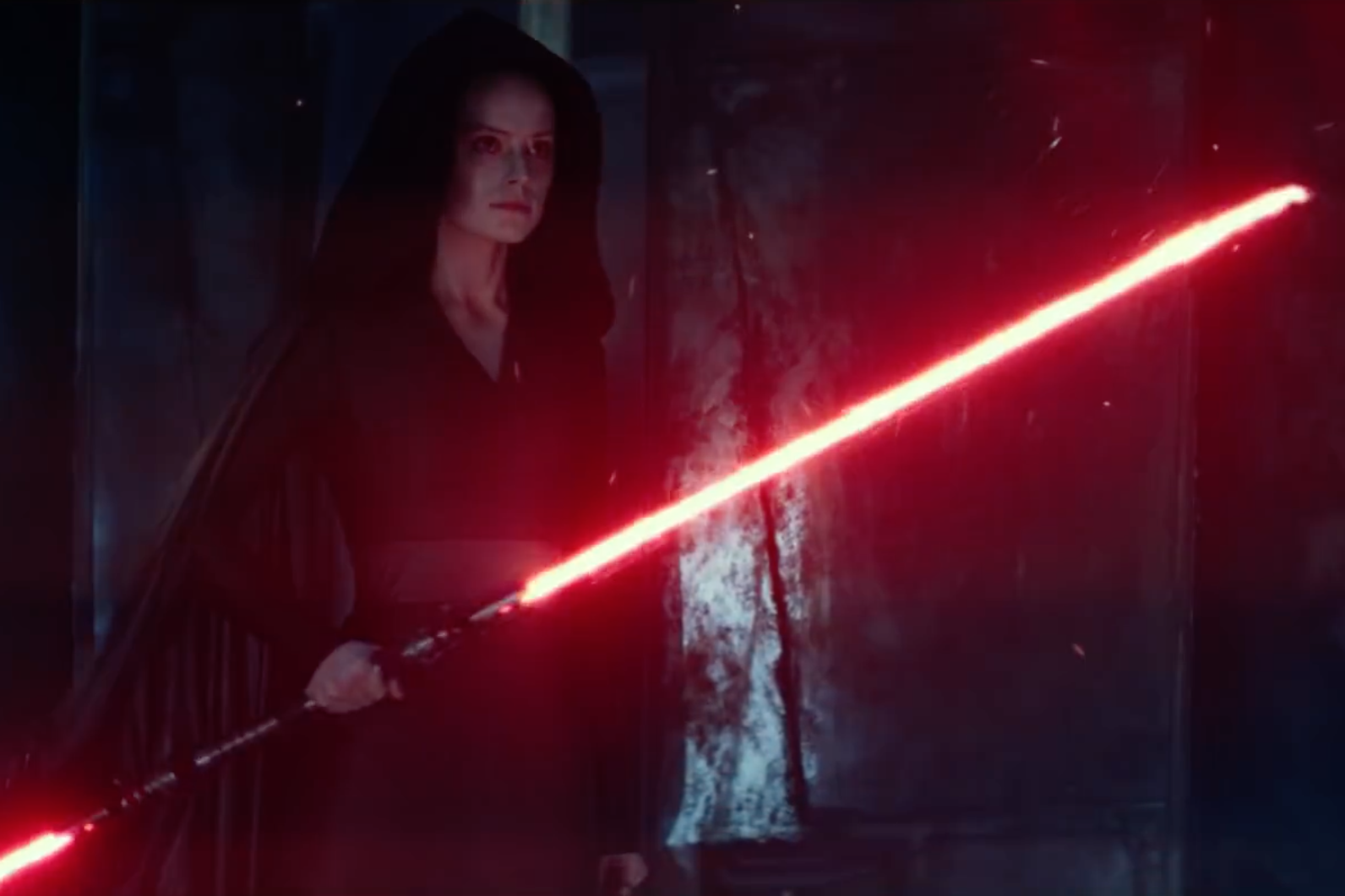 We’ve already gotten a glimpse of Star Wars: Episode IX in the form of an official teaser, released back in April. And this past weekend, the at the D23 Expo in Anaheim, CA, Disney graced us with a few more seconds of new footage. Uploaded to YouTube early Monday morning, the new shots come at the end of a two-minute sizzle reel looking back at the history of the franchise, with clips of the binary sunset from A New Hope, Mace Windu’s death in Revenge of the Sith, and the Crait battle from The Last Jedi.

There’s a shot of a giant fleet of Star Destroyers, a look at C-3PO with red eyes, and footage of John Boyega’s Finn with a new character, Jannah, played by Naomi Ackie. But the biggest reveal has to do with Rey, who’s wearing Sith robes and wielding a foldable, double-bladed red lightsaber. It’s possible this is a red herring, or some kind of vision, like Luke’s in The Empire Strikes Back, but it’s sort of encouraging—here’s hoping Disney takes some kind of creative risk with this movie, rather than just cranking out another sanitized blockbuster.

Check out the new trailer below, and make sure to revisit our 2014 piece, “Did Slave Leia Have Sex With Jabba the Hutt?“