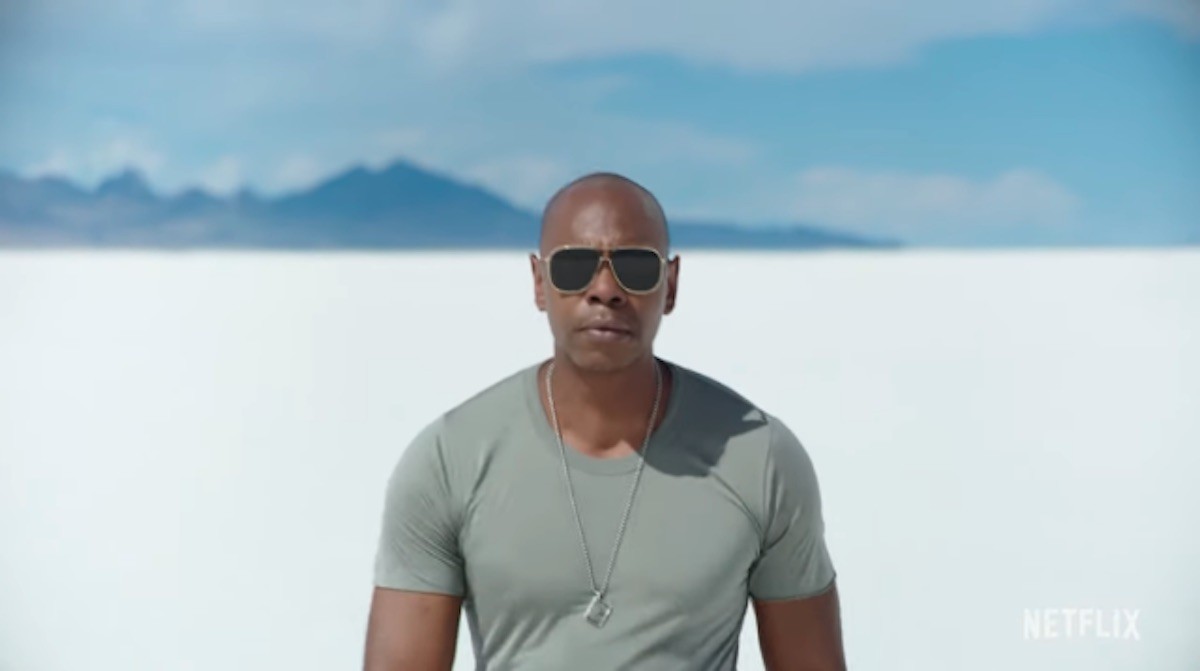 Dave Chappelle has announced his latest Netflix comedy special, Sticks & Stones, with a new teaser featuring Morgan Freeman as the voice of God. “If you say anything, you risk everything,” Freeman says in the clip. “But if that’s the way it’s gotta be, ok fine. Fuck it.”

Without revealing anything, it’s pretty clear that Dave isn’t skirting away from any of the controversies he’s seen from his latest stand-up specials. Sticks & Stones is Dave’s fifth comedy special for Netflix and first since 2018, following The Age of Spin, Deep in the Heart of Texas, Equanimity, and The Bird Revelations. Dave clearly has built a good relationship with the streaming network, but if you were being paid what he is, you’d want to do a bunch of stuff for Netflix too.

Recently, the Kennedy Center announced that Dave would be the recipient of the 2019 Mark Twain Prize for American Humor, the ceremony for which will take place in the comedian’s hometown of Washington, D.C. on October 27 and air on PBS on January 6. He also co-starred in last year’s adaptation of A Star Is Born.

Dave Chappelle: Sticks & Stones will premiere on Netflix on August 26. Watch the trailer below.