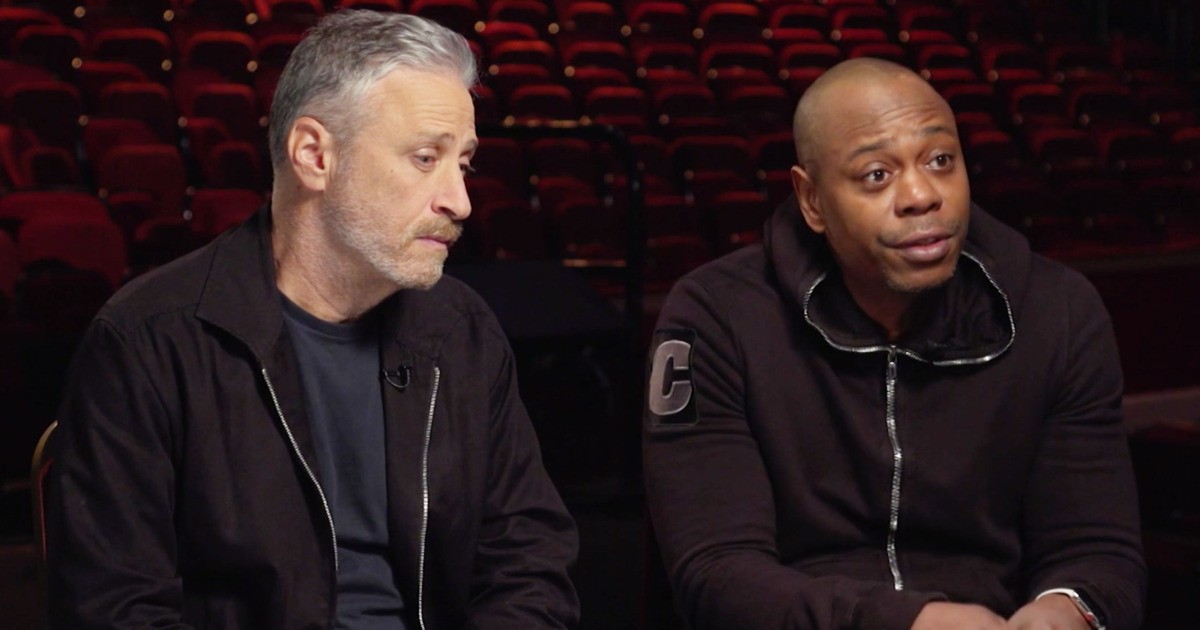 After spending the summer touring together, Dave Chappelle and Jon Stewart sat down together with CNN’s Christiane Amanpour for an thoughtful discussion about the state of comedy, Donald Trump’s effect on the country, racism, sexism and #MeToo, as well as the whirlwind careers of the two comics. Near the end of the interview came a fun little tidbit about a certain blockbuster movie/meme of the year by the name of A Star Is Born, which Dave Chappelle played a supporting role in. “Amazing. It made me cry,” Chappelle told Amanpour when the film was brought up.

Chappelle also described Bradley Cooper and Lady Gaga’s chemistry in A Star Is Born as “amazing to see up close” before sharing how he wound up being in the movie.

“I met Bradley Cooper here in London when he was doing a show in the West End,” Chappelle says. “He was doing The Elephant Man and he was working on Star Is Born, unbeknownst to me.” Chappelle said he did the movie just because Cooper asked him to be in it. “I didn’t know if it was gonna be good, I’d never seen any of the other movies. But he just asked—I’ve only done two movies in the last 18 years: one was wth Spike[Lee] (2015’s Chiraq), because he just asked me, and the other was with Bradley because he asked me.”