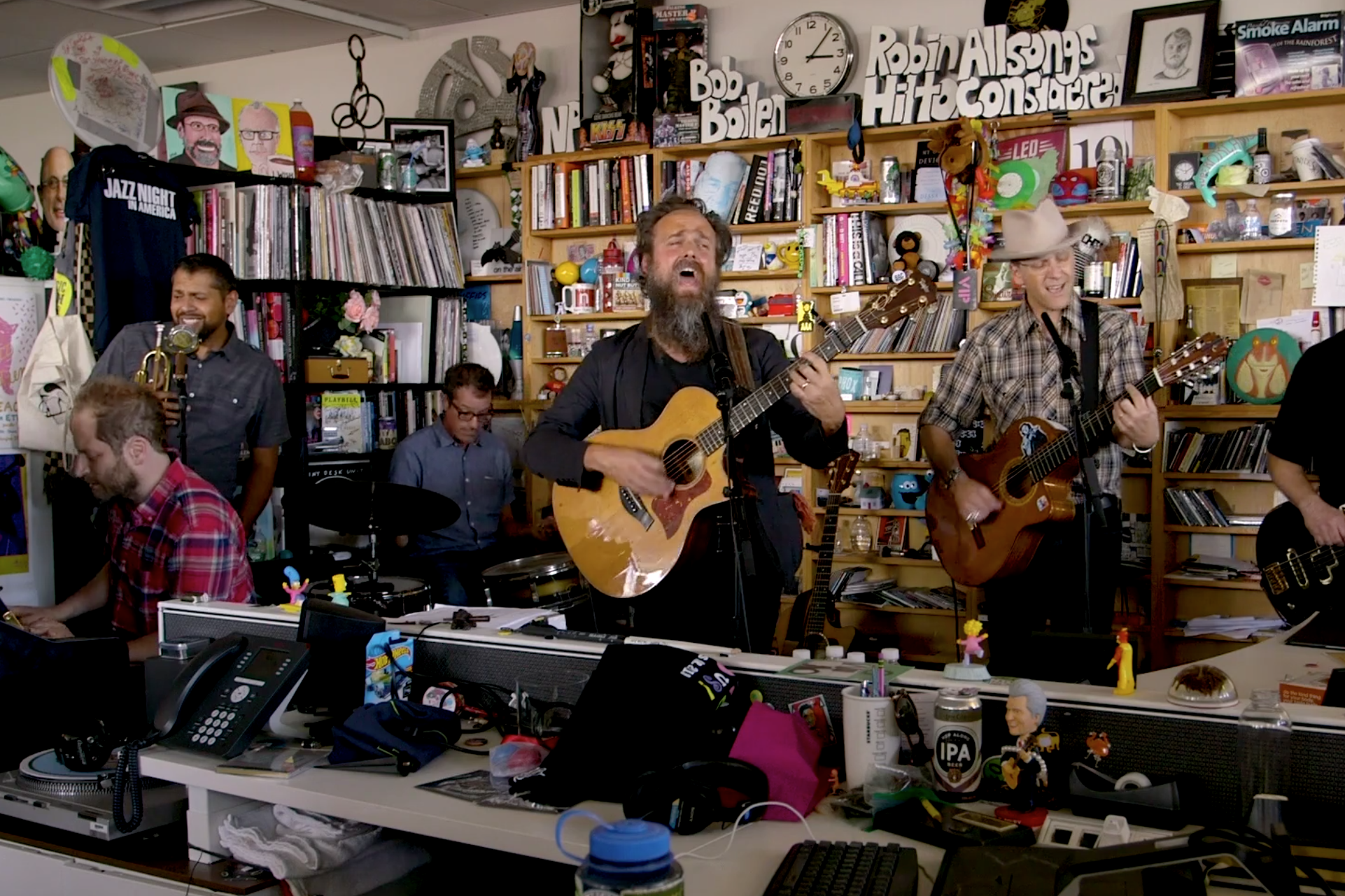 Calexico and Iron & Wine are the latest guests at NPR Music’s storied Tiny Desk. Joey Burns, John Convertino, and Sam Beam just released a new album called Years to Burn as the follow-up to their 2005 collaboration In The Reins; for their Tiny Desk concert, they did two songs from the new record (“Father Mountain” and “Midnight Sun”) and one from In The Reins (“He Lays In The Reins”). They kept banter to a minimum, though Beam couldn’t help mentioning that “it’s fun to be back.” It’s Iron & Wine’s third time playing NPR’s D.C. offices, and Calexico’s first.

Iron & Wine’s last solo record was 2017’s Beast Epic; since then, he’s reissued his classic 2004 album Our Endless Numbered Days with a set of new demos, and released Live At Third Man Records. Calexico’s last project was 2018’s The Thread That Keeps Us. They’re touring together throughout the rest of the year, with dates in the U.S. and abroad. Pick up a ticket to one of their shows here.

Eagle-eyed Tiny Desk viewers will also notice a startling new presence behind the musicians: Jar Jar Binks. Look for him on one of the shelves, and check out Calexico and Iron & Wine’s full performance below.