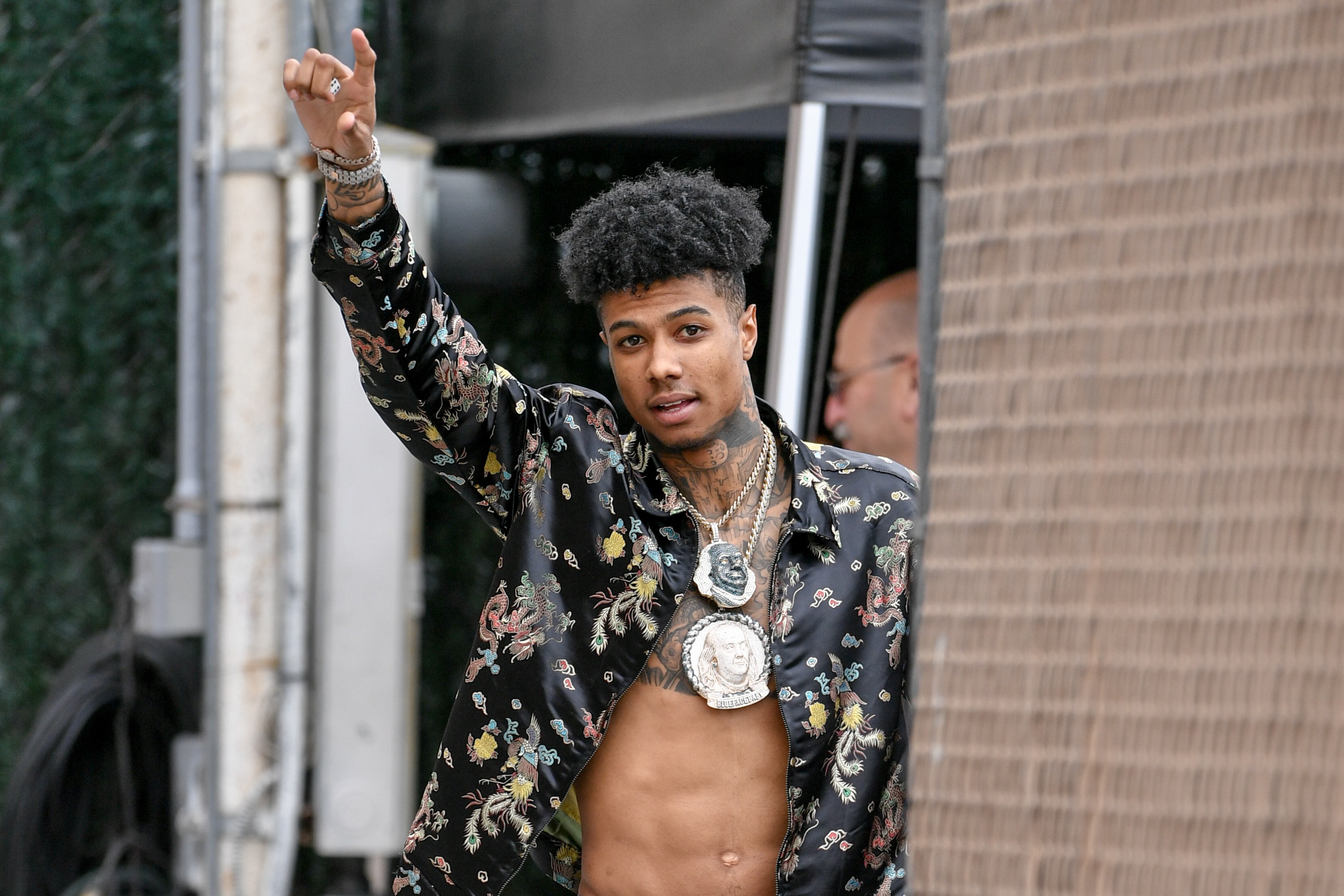 Back in November, Blueface signed an exclusive deal with Cash Money West (the West Coast division of Birdman’s Cash Money Records) on the strength of his breakout single “Thotiana” and now, the Los Angeles native is back with his first release on the label.

The 8-track Dirt Bag EP finds the rapper teaming up with a variety of famous faces including The Game, Offset, Lil Pump, and Rich the Kid, all of whom contribute features within their own lanes. Somehow, Blueface becomes the glue holding them together, even as he struggles to replicate the success of “Thotiana.”

Since the breakout single, the rapper has continued to release new music. Later in 2018, he dropped the singles “Next Big Thing,” “Movie Scenes,” “DM,” and “Studio,” followed by the one-off single “West Coast” earlier this year. In the buildup to his new EP, he released three singles: “Daddy,” “Bussdown,” and “Stop Cappin.” He’s also made recent guest appearances on songs like French Montana’s “Slide” and his remix of NLE Choppa’s “Shotta Flow.” In February, Cardi B hopped on a remix of “Thotiana.”

Drops tomorrow what song you guys waiting on

Link to tickets in my bio 1 month away