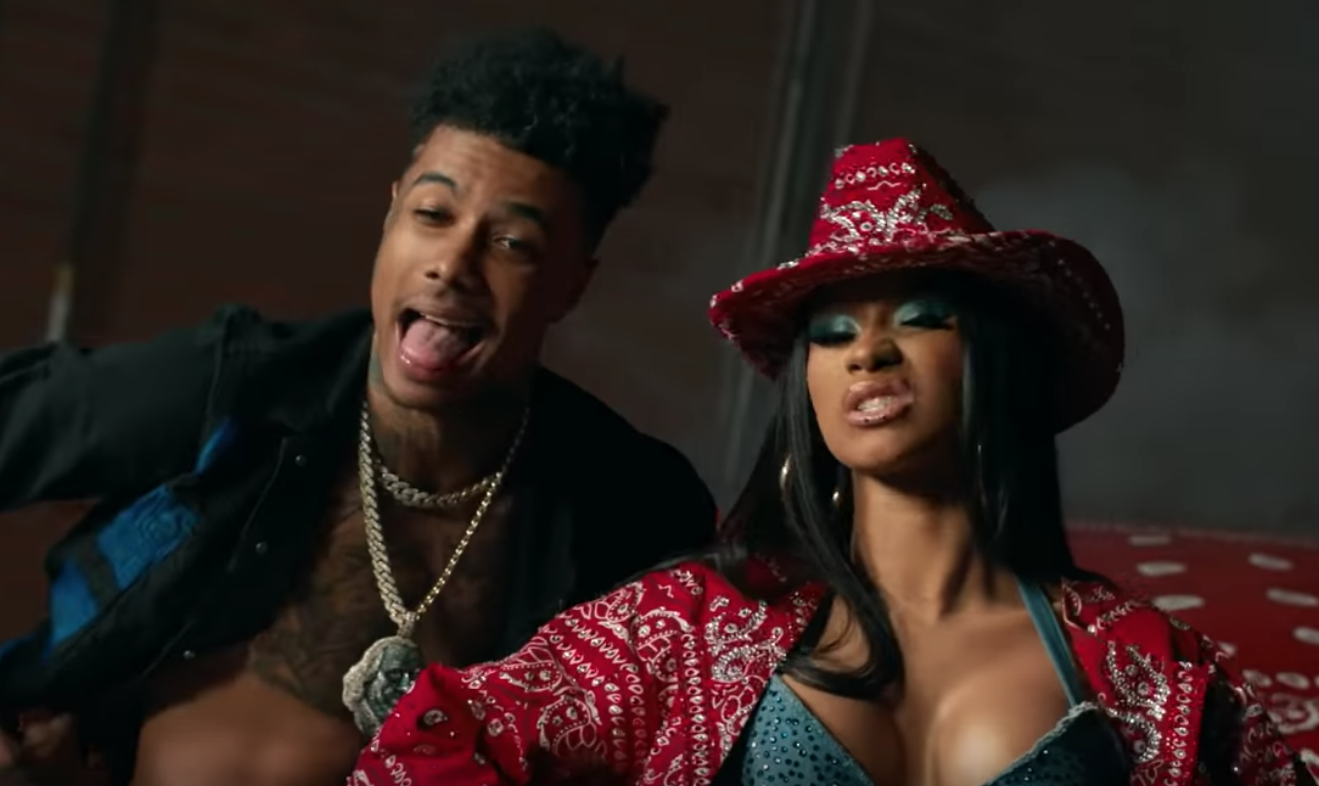 Cardi B has released a new remix of rising rapper Blueface’s hit single “Thotiana.” The remix was released with a new video directed by Cole Bennett, which finds Cardi dressed in paisley and rhinestones going hard in her opening verse. “Fuck clappin’ back, bitch I’m clappin’ on the dick/ Bust it, bust it, I’m a savage/ Bitch throw it back like a 10-year challenge,” she raps.

The remix follows another recent YG remix of the single, which also got its own Lyrical Lemonade video directed by Cole Bennett. Nicki Minaj debuted her own freestyle version of the song—titled “Bust Down Barbiana“—on her Beats 1 show Queen Radio earlier this month following two other freestyles: one of Drake and Meek Mill’s “Going Bad” and another of Lil Baby and Gunna’s hit “Drip Too Hard.”

Blueface recently announced an upcoming tour with Lil Baby and City Girls, which kicks off next month in Houston. Last month, Cardi B appeared in the video for “Twerk,” her collaborative track with City Girls. Watch the video for Cardi’s “Thotiana” remix below.