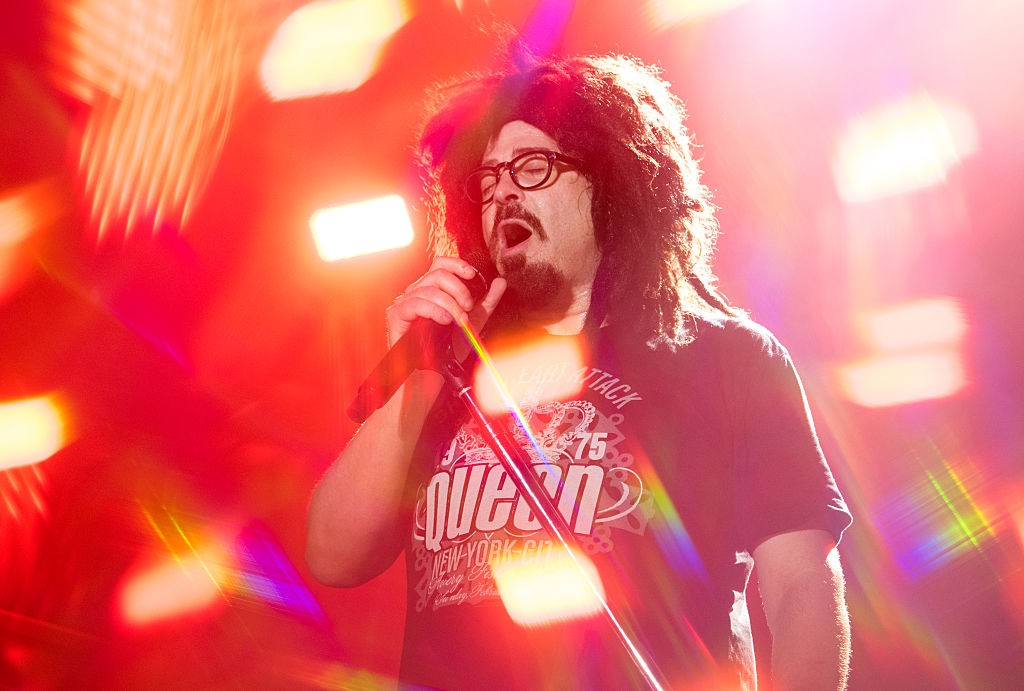 “They’re real! In that they’re not imaginary. They’re extensions,” Adam Duritz told an interviewer for the Irish paper The Independent in 2009. “You know, I did try. They made my hair itch. And man, they smelled.”

The truth is, if you weren’t aware, is that the Counting Crows’ front man’s wildly cartoonish dreadlocks look fake because, for the most part, they are. Every time you Google image a picture of modern-day Duritz (something I do not irregularly and don’t want to talk about) they look just a little bit more fake—like something that has been put on slightly askew.

Look over photos from the band’s appearance at San Francisco’s Outside Lands festival this past weekend and you’ll understand what I mean. On Instagram last night, Duritz posted about the festival and the opportunity it provided to taste some California wines. The photo montage, and caption, were long. But at the end of both came a drastic revelation that almost made me go blind: Adam Duritz has “shaved” those trademark half-fake dreads! The last photo in the stream the “Mr. Jones” singer showing off his baldpate, looking a bit uncomfortable. Duritz wrote: “oh yeah, I flew to London and shaved my head! Anarchy In The UK indeed motherfuckers!!!” 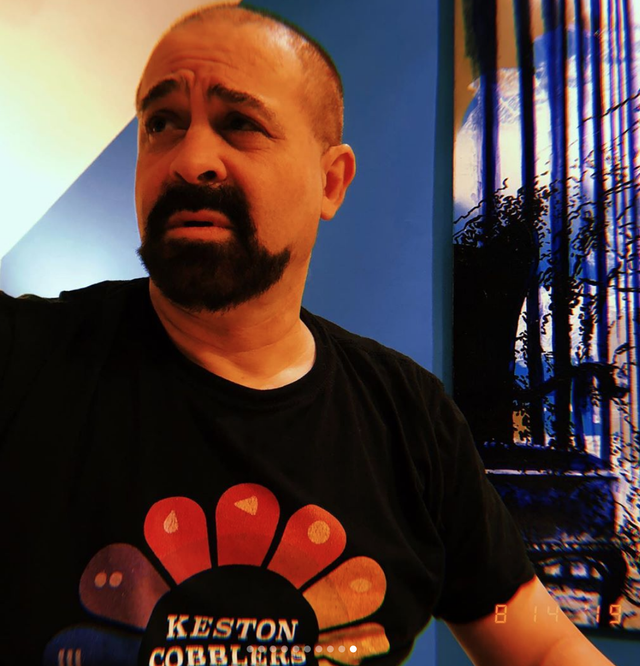 Outside of the Sex-Pistols-inspired explanation, there’s a potential rationale for this that I want to touch on without fully endorsing. The San Francisco Chronicle’s published a writeup of the Crows’ Outside Lands festival performance entitled “Did the Counting Crows break up at Outside Lands?” In the piece, the writer cites some of Duritz’s cryptic stage banter from the performance: “’Thank you, San Francisco!…It’s good to come home. We’ve always wanted to play Outside Lands. I don’t know when we’ll see you again — or if we’ll see you again. Thanks for all the years.’” The piece notes that there was no confirmation that Duritz was referring to a split but claims that “it sure felt like it.”

So according to Duritz’s post, he flew to London and got bald shortly after his winery tour and saying these ominous words at Outside Lands. Does this drastic shearing mean the end of the Counting Crows? After all, both the dreads and the band, who celebrated their 25th anniversary last year with a summer tour, have been hanginaround a while, if you see what I’m saying.

More news on this story as it develops. Check out Duritz’s full post below.

What a great week to present the 3rd podcast in our Woodstock series, Ep 73 An Aquarian Exposition, Pt. 3 countingcrows.com/Podcast (link also in bio). We visited our winery @elysewinery and tasted barrel samples of next year’s vintages w/my pops & @mariataylor1111 , I cooked onstage AND played at @outsidelands, we checked out some of the vineyards we harvested (including @morisolivineyard w/ @cmorisoli himself), we drank every bottle of wine we could get our hands on, our winemaker @russell_bevan talked some science, and…oh yeah, I flew to London and shaved my head! Anarchy In The UK indeed motherfuckers!!!