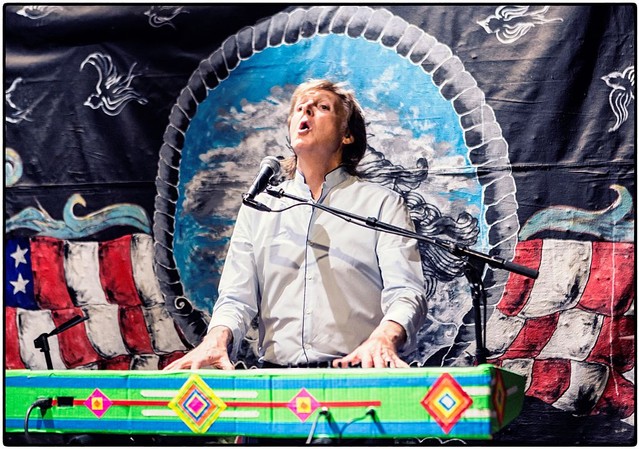 Paul McCartney is contemplating adding a new wing to his money bin: indeed, the revered former Beatle is in the process of writing music and lyrics for a new musical of Frank Capra’s canonical 1946 Christmas film A Wonderful Life. McCartney is collaborating on the lyrics with scriptwriter and playwright Lee Hall, who is also writing the script. The musical is being produced by British theater and film producer (and Everton Football Club chairman) Bill Kenwright.

“Like many of these things this all started with an email,” Sir Paul wrote in a statement. “Bill had asked if it was something I might be up for. Writing a musical is not something that had ever really appealed to me but Bill and I met up with Lee Hall and had a chat and I found myself thinking this could be interesting and fun.  It’s A Wonderful Life is a universal story we can all relate to.”

McCartney and Hall allegedly began work on the music for the show in the fall of last year. Officially, this is McCartney’s first musical (though his all-but-forgotten 1984 film Give My Regards to Broad Street, for which he wrote songs and the screenplay, feels like it should count).

McCartney finished up his Freshen Up world tour with a show at Los Angeles’ Dodger Stadium last week, during which he was joined onstage by his former bandmate Ringo Starr. McCartney’s last album was last year’s double-LP Egypt Station.