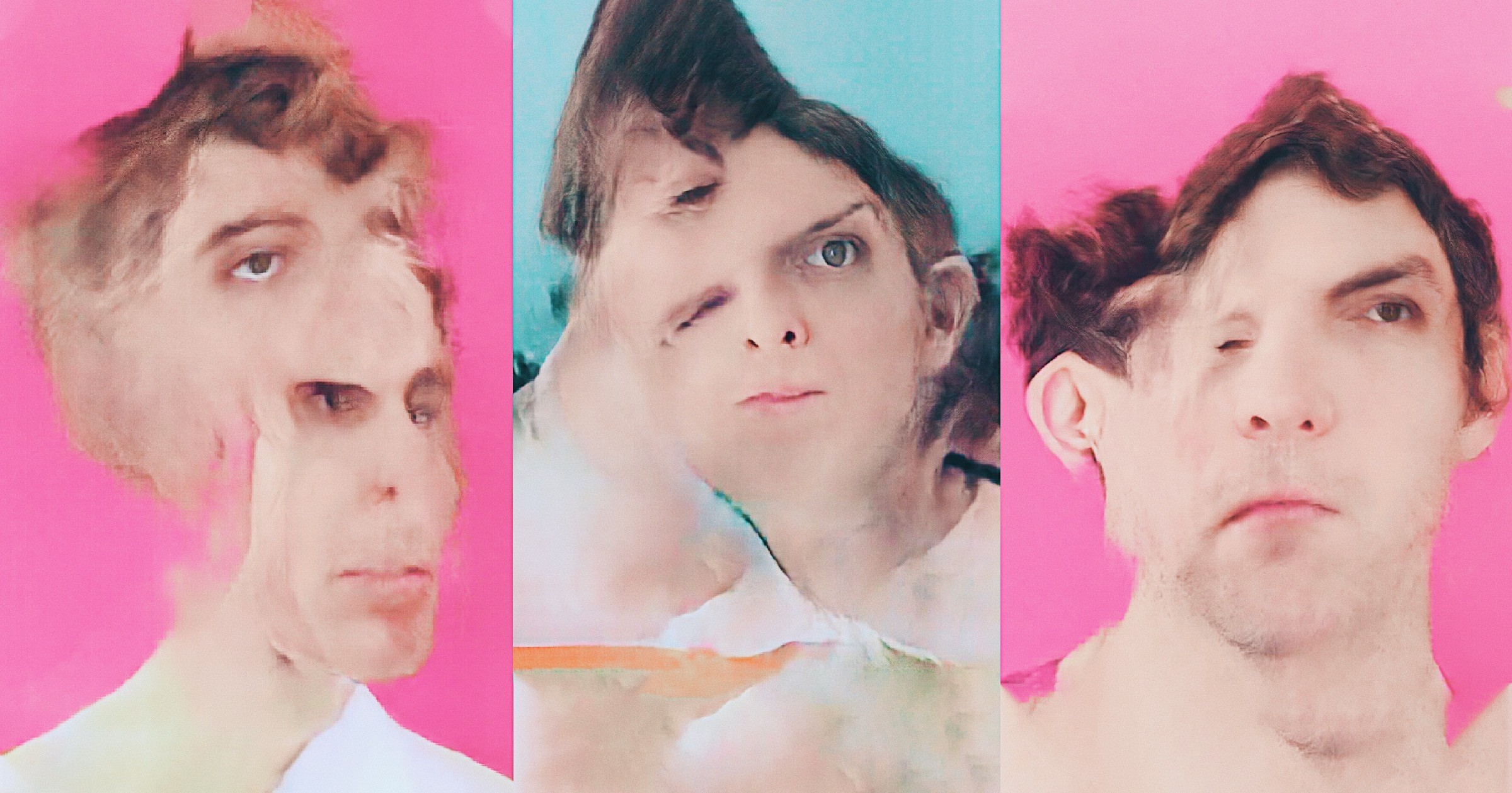 Four years since their last album I Thought the Future Would Be Cooler, L.A. indie-dance group YACHT are back with a new song called “(Downtown) Dancing.” The track, which is the first from an upcoming album, was composed as part of the band’s recent work with artificial intelligence. For “(Downtown) Dancing,” the three-person group—which now includes former touring member Rob “Bobby Birdman” Kieswetter—used machine learning tools like Google Magenta’s Music VAE model and NSynth hardware synthesizer to write the lyrics, compose the melodies, and assist with the sound design.

The track arrives with a new lyric video created by the designer and visual artist Barney McCann. The video makes use of McCann’s AI-powered typeface “Obsolete,” which renders letterforms nearly illegible in its attempt to jump from word to word in the song. “His typeface is a fluid expression of that neural network’s attempts to find the most efficient path from one latter to the next in any given sentence,” the band shared in a press release. “The result is amorphous and rough-hewn text, a glimpse into computational processes usually hidden from view.”

The lyrics to the song were also written by a neural network. In a recent lecture at Google’s annual I/O conference, vocalist Claire Evans describes how she and her bandmates began experimenting with A.I. in an effort to find new material within their back catalog. “We hoped that this would result in songs that had that indefinable YACHT feeling, which we don’t know how to quantify and I don’t think the model can, either,” Evans says in the talk.

Back in 2015, YACHT promoted their album I Thought the Future Would Be Cooler with a series of PR tactics designed to be as evocative as the album’s title, including announcing their album via drone, promoting their single “L.A. Plays Itself” during Uber’s surge pricing hours, and announcing the album’s track titles in a Buzzfeed listicle. In the midst of this campaign, the band faked the leak of their sex tape to promote the video for their cover of the Family Fodder rarity “Fuck You Till I’m Dead.” The move had them in hot water with fans and earned them the scorn of bloggers across the internet, who claimed they were making light of revenge porn.

YACHT’s new A.I. single “(Downtown) Dancing” is now available on 12″ vinyl via DFA Records. The vinyl release includes two alternate versions of the track, which are also currently available on Bandcamp. Check out the new lyric video below and revisit our recent feature on the artists using artificial intelligence to dream up the future of music here.

Q&A: YACHT Game the System on ‘I Thought The Future Would Be Cooler’