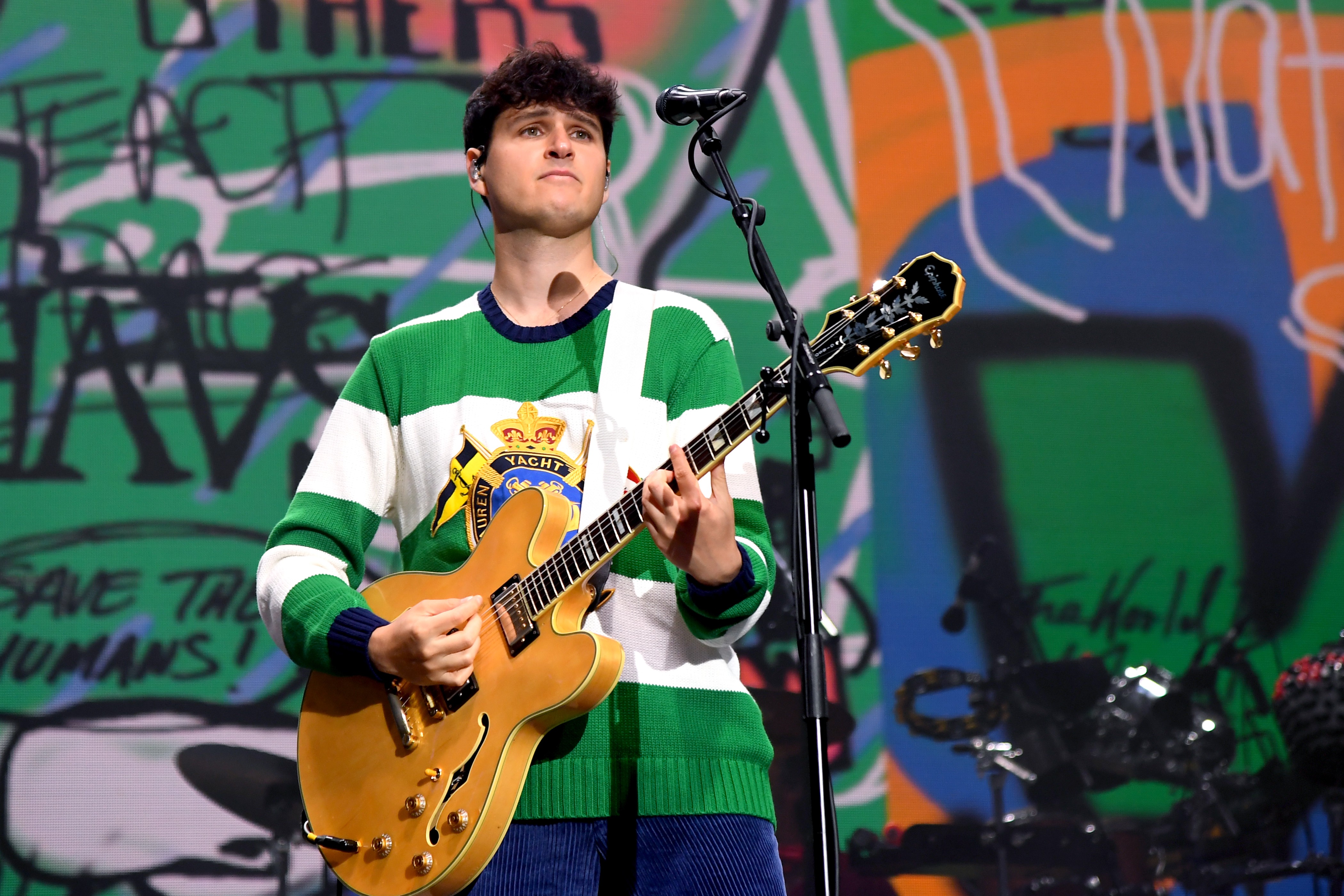 Vampire Weekend just kicked off the North American tour in support of their recent album Father Of The Bride in earnest. They played a show at the Farm Bureau Insurance Lawn at White River State Park in Indianapolis last night, and they had a few surprises in store for their Indiana audience.

First, in the middle of performing “M79″ off of their first album, they broke into a cover of the Parks And Recreation theme song. (Parks And Rec is set in Pawnee, Indiana, and Ezra Koenig has a kid with Rashida Jones, who played Ann Perkins in the show.)

During the encore, Vampire Weekend took requests. Koenig said the rule on this tour so far is they will take requests from anyone wearing a bucket hat. And so, when a bucket hat wearer requested “Pizza Party,” a goofy rap song from Koenig’s pre-VW band L’Homme Run, he rapped a verse a cappella.

goodnight here’s @vampireweekend playing the parks and rec theme in the middle of M79 pic.twitter.com/WBbRsp4xHB