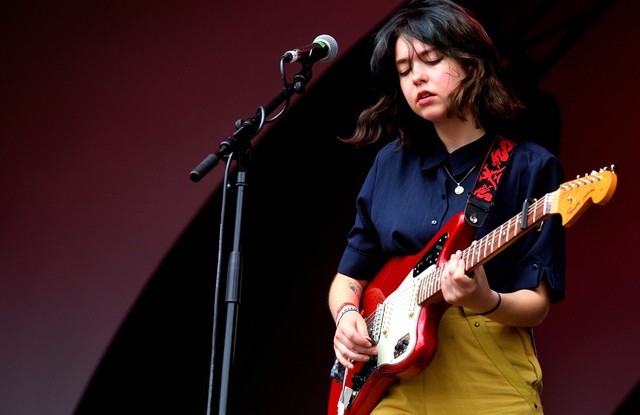 If you’ve ever played The Sims, you’ll recognize the comfortingly meaningless tones of Simlish, the nonsense language that all the characters in the games speak. The series has a long-running tradition of getting artists to re-record their songs in Simlish for the soundtrack, including Lily Allen, Carly Rae Jepsen, Tegan And Sara, and Car Seat Headrest.

The latest musician to get the translation treatment is Snail Mail’s Lindsey Jordan, who recorded a Simlish version of her Lush standout “Pristine” for EA Games’ new The Sims 4: Island Living expansion. “Rizbeen/ Atrays byda bord azadjoo/ Poganays,” she sings. It’s total gibberish, but the song still rules, and you can listen to this version below.

In case you forgot, someone created Sims of Julien Baker, Lucy Dacus, and Phoebe Bridgers (before Boygenius was even a thing) and uploaded lots of footage to YouTube. They called it Pals House. In the Pals House universe, Snail Mail and Waxahatchee are also roommates. OK!