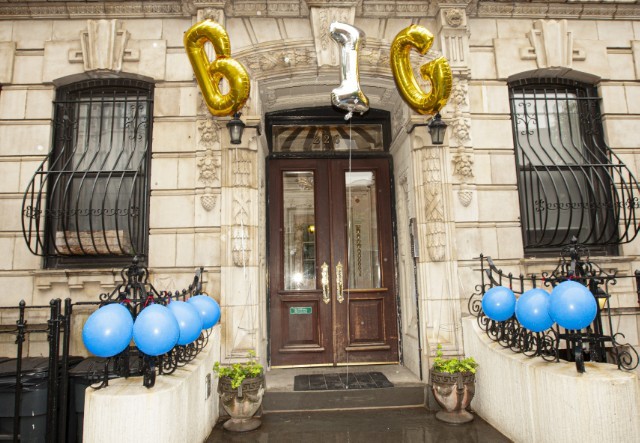 Just this month, the late Notorious B.I.G.’s childhood city block was dedicated in his name. St. James Place between Gates Avenue and Fulton Street is now known as Christopher “Notorious B.I.G.” Wallace Way. At a ceremony unveiling the new street sign, Laurie A. Cumbo — the New York City Council Majority Leader and a Brooklyn native from Biggie’s heyday — shared some words about gentrification in the Clinton Hill neighborhood. Among her comments:

Brooklyn, New York, we have had challenges. During the time when Biggie created masterpieces, this neighborhood was redlined. People didn’t want to live here. People had moved out of the neighborhood. They had left us to die. But there were people that struggled, people that fought, and they made this the hottest place in the entire world. Now everybody in the world wants to come to Brooklyn.

Case in point: The NY Post reports that Biggie’s childhood home, which he memorably described as a “one-room shack” on his rags-to-riches celebration “Juicy,” is up for rent at a rate of $4,000 per month. Per the Post the property at 226 St. James Place has been renovated into a three-bedroom home with high ceilings and hardwood floors but still has the same windows and moldings from when he lived there. The current landlord bought it for $825,000 in 2013.

Their report quotes Compass broker Fabienne Lecole on the space: “It’s a beautiful home and a fantastic neighborhood, filled with little shops and great transportation. The apartment is iconic … a historical gem.” She adds, “It’s so calm and residential now. It’s hard to imagine it’s the same street that he sang about with all the drugs and gunfire. It couldn’t be more different.” Her fellow broker Kathleen Perkins of Douglas Elliman also chimes in, “The neighborhood is all hipsters and millennials. People in finance and tech people.”