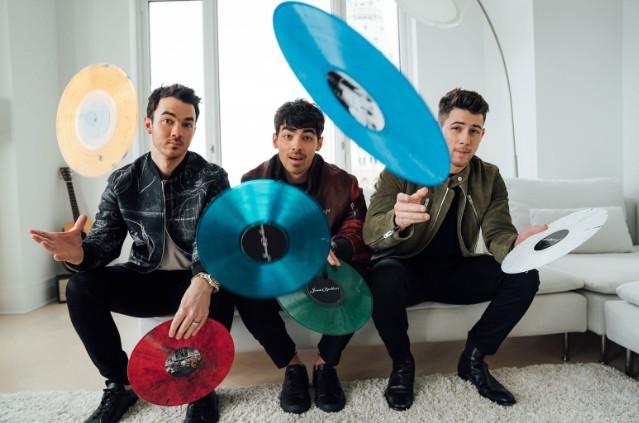 The Jonas Brothers made their comeback this year with Happiness Begins, their first album as a trio in six years. Now, they’ve announced a vinyl subscription service called the Jonas Vinyl Club.

For a cool $399, subscribers will receive eight albums, 10 singles, a JoBros turntable slipmat, posters, and more. The items will be delivered in four shipments, with the first set scheduled for August.

The “Limited Edition Deluxe Club,” however, will put you out $599 for the same eight albums, but in “unique and exclusive vinyl color variants,” plus five more exclusive records.

The collection includes Jonas Brothers, A Little Bit Longer, and Lines, Vines And Trying Times, as well as solo projects from Nick and Joe and and 2013’s V, which was never fully released due to the band’s breakup.

Are the Jonas Brothers overestimating their appeal or does capitalizing on nostalgia really work? Do their fans listen to vinyl? We’ll find out!

Did the Jonas Brothers Just Leak the My Chemical Romance Reunion?

Here Are the Lyrics to Jonas Brothers’ “Sucker”

What the Heck Were the VMA’s About, Anyway?