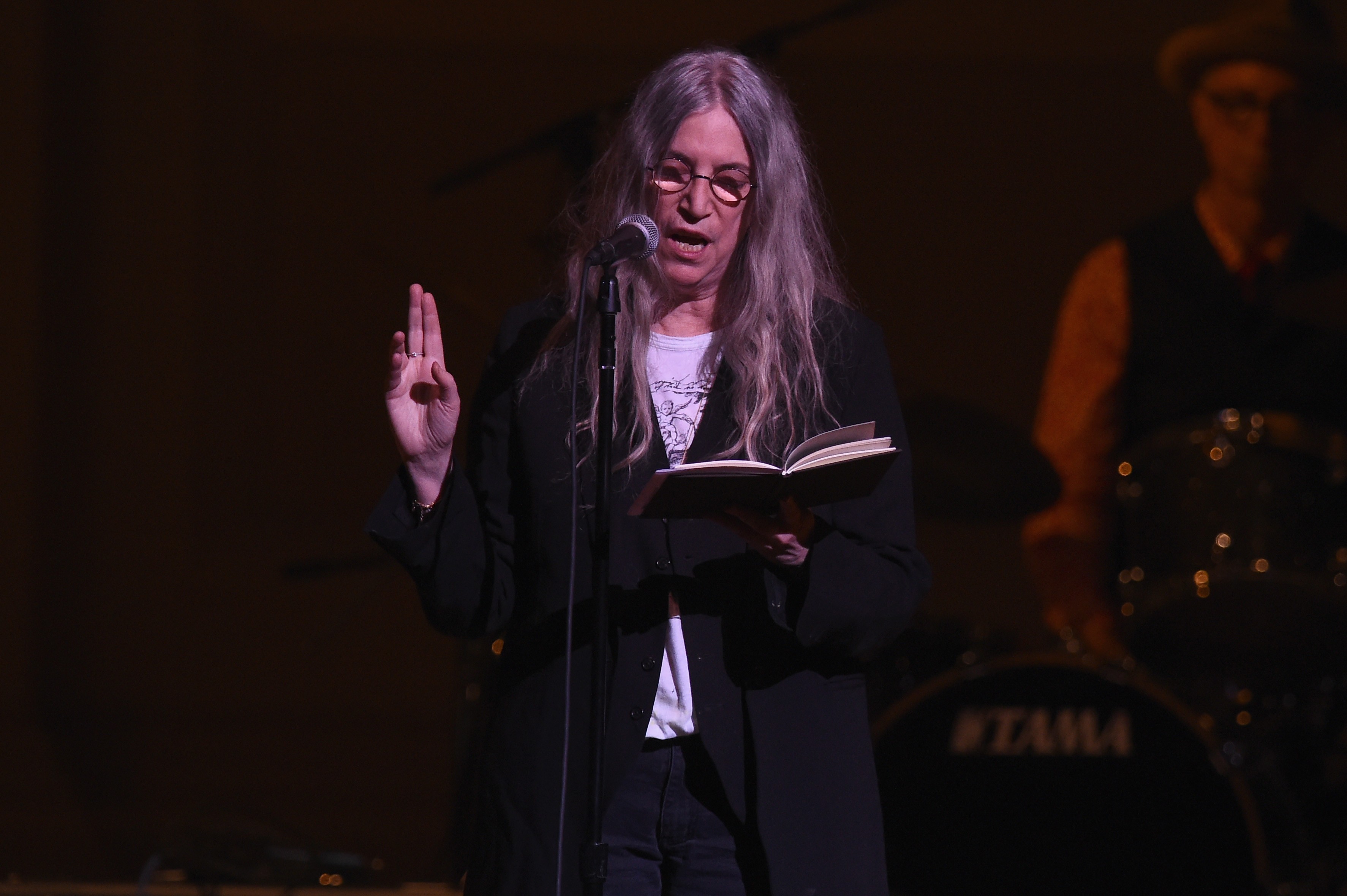 Patti Smith has announced a new memoir titled Year of the Monkey, set to be released on Sept. 24 via Penguin Random House. The book tells the story of Smith’s 2016 as she travels from “California to the Arizona desert; to a Kentucky farm as the amanuensis of a friend in crisis; to the hospital room of a valued mentor; and by turns to remembered and imagined places,” according to the book’s description, which describes the work as a blend of fact and fiction.

“Unfettered by logic or time, she draws us into her private wonderland with no design, yet heeding signs–including a talking sign that looms above her, prodding and sparring like the Cheshire Cat,” the description continues. “In February, a surreal lunar year begins, bringing with it unexpected turns, heightened mischief, and inescapable sorrow.”

“I began writing it on New Year’s Day, 2016 in cafes, trains and strange motels by the sea, with no particular design, until page by page it became a book,” Smith wrote of the book on Instagram. It’s her first memoir since 2015’s M Train. Smith previously earned a National Book Award for her 2010 memoir Just Kids about her relationship with Robert Mapplethorpe. She released her 11th album Banga in 2012. You can pre-order her new book here.