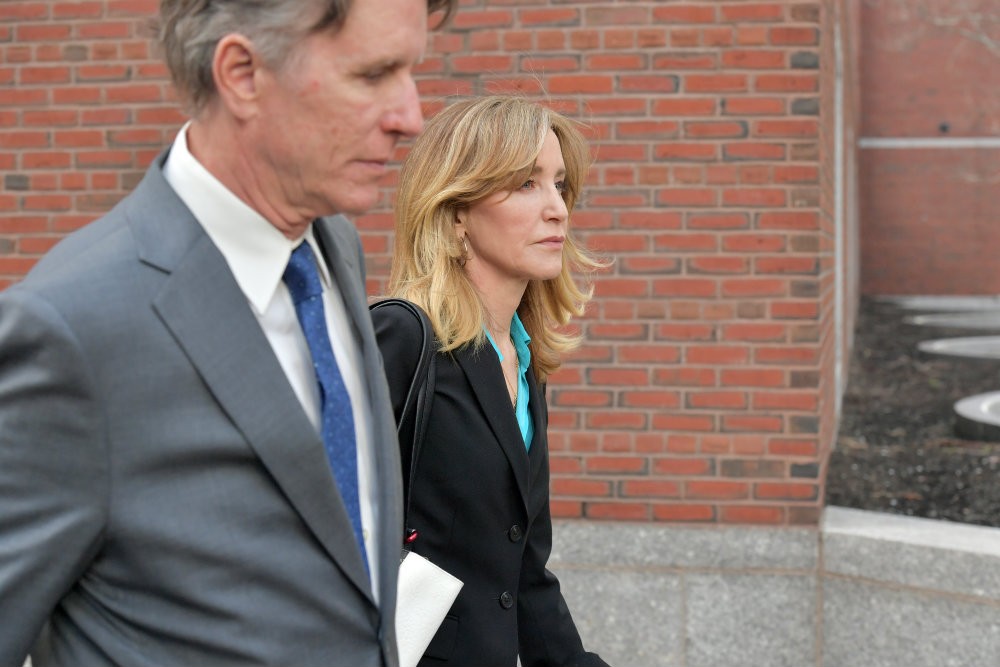 Actress Felicity Huffman formally pleaded guilty to conspiracy to commit mail fraud and honest services mail fraud in federal court in Boston on Monday, CNN reports. Prosecutors recommended that Huffman be sentenced to anywhere from four to 10 months in prison, followed by 12 months of supervised release and a $20,000 fine. Huffman’s attorneys are asking for a sentence in the zero to six-month range.

The charges stem from Huffman’s role in the still ongoing college admissions scandal that has ensnared various people in the world of entertainment and business. Huffman paid $15,000 to a bogus charity set up by a man, William Rick Singer, who arranged to have her daughter’s SAT score gamed by getting her extra time for her to take the test as well as having someone correct her answers after the fact.

The 56-year-old actress showed up to court holding hands with her brother Moore Huffman Jr. and reportedly wept as she entered her plea, explaining that although she owns up to breaking the law, her daughter does legitimately have a learning disability that allows for her to take extra time on tests.

“I am pleading guilty to the charge brought against me by the United States Attorney’s office,” Huffman said in a statement released last month. “I am in full acceptance of my guilt, and with deep regret and shame over what I have done, I accept full responsibility for my actions and will accept consequences that stem from those actions.”

Huffman is one of at least 33 parents charged in the college admissions bribery scandal, including former Fuller House actress Lori Laughlin who is accused of paying $500,000 in bribes in order to secure her two daughters’ admission to USC and is facing additional money laundering charges after deciding against taking a plea deal. Huffman’s husband William H. Macy was not charged with any crimes.