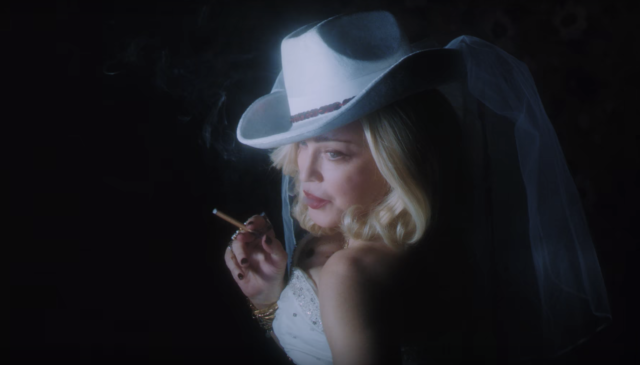 Madonna announced her forthcoming album, Madame X, today in a cinematic teaser video. Her Autotuned vocals play over a piano melody as she dons a variety of elaborate costumes: “The thing that hurt the most was that I wasn’t lost.” The video was created by Nuno Xico and frequent Madonna collaborator Steven Klein.

In the teaser, Madonna describes Madame X as “a dancer, a professor, a head of state, a housekeeper, an equestrian, a prisoner, a student, a mother, a child, a teacher, a nun, a singer, a saint, a whore,” and “a spy in the house of love.”

Last year, she told Vogue Italia about the inspiration behind her new music: “I’ve just met lots of really amazing musicians, and I’ve ended up working with a lot of these musicians on my new record, so Lisbon has influenced my music and my work…It’s also such a nice antidote to what’s going on in the music business now where everything’s so formulaic, and every song has 20 guest artists on it, and everyone sounds the same.”

Madame X will be Madonna’s first full-length album since 2015’s Rebel Heart. Watch the teaser below.

Madame ❌ is a spy in the house of Love ♥️