Heading Toward #1 Debut, Billie Eilish Plays Ellen And Breaks Down “Bury A Friend” For NYT 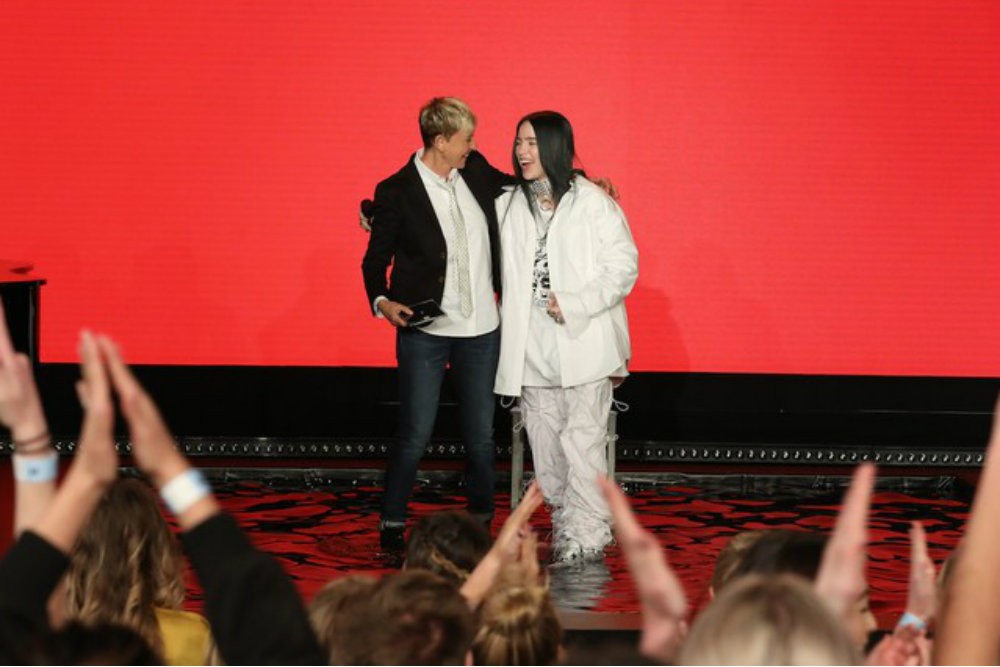 Billie Eilish’s debut album, When We All Fall Asleep, Where Do We Go?, is heading for a #1 debut on the Billboard 200 — no surprise there, considering how popular she is. If predictions are correct, Eilish will have the second biggest week for a 2019 album, with 250,000 equivalent album units, only coming up behind Ariana Grande’s Thank U, Next.

Eilish is continuing her promotional kick this week, after a late-night performance on the eve of her album’s release. She appears on The Ellen DeGeneres show today to perform “When The Party’s Over,” and in interview segments she also addresses her Tourette Syndrome and gets scared by a fake Justin Bieber. (Fun fact: Noted Eilish fan Dave Grohl was in the Ellen audience to watch her.)

Eilish also took part in The New York Times’ “Diary Of A Song” feature, breaking down all of the elements that came together for her single “Bury A Friend.” Check that out, plus the Ellen segments, below.