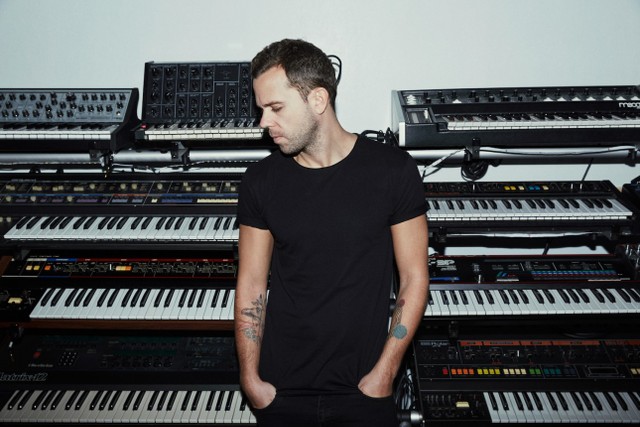 M83 have recorded an original soundtrack to the upcoming horror film Knife + Heart. The film is directed by Yann Gonzalez, the brother of M83 frontman Anthony Gonzalez, and had its debut in competition at Cannes last year. Anthony also wrote the soundtrack for his brother’s 2013 film You and the Night. The new Knife + Heart soundtrack also features M83 co-founder Nicolas Fromageau, who left the project after the 2003 masterpiece Dead Cities, Red Seas & Lost Ghosts. Fromageau has since been making music as part of Team Ghost. Yann Gonzalez shed light on what it was like to collaborate with his brother in a press release:

We wanted to recapture the Giallo ambiance of the ‘70s, to feel that sinister yet sentimental tone. Anthony and I are both poetical and even sentimental, in a certain way. We wanted to dive in headlong, particularly as melancholy and poetry are found in numerous ‘70s horror film soundtracks, from films by Lucio Fulci to those by Mario Bava.